BNS EN
aA
Lithuania's authorities have taken steps to halt plans for building what would be the country's largest data centre near Vilnius following an intelligence warning that it may be hooked up to a Russian spying centre. 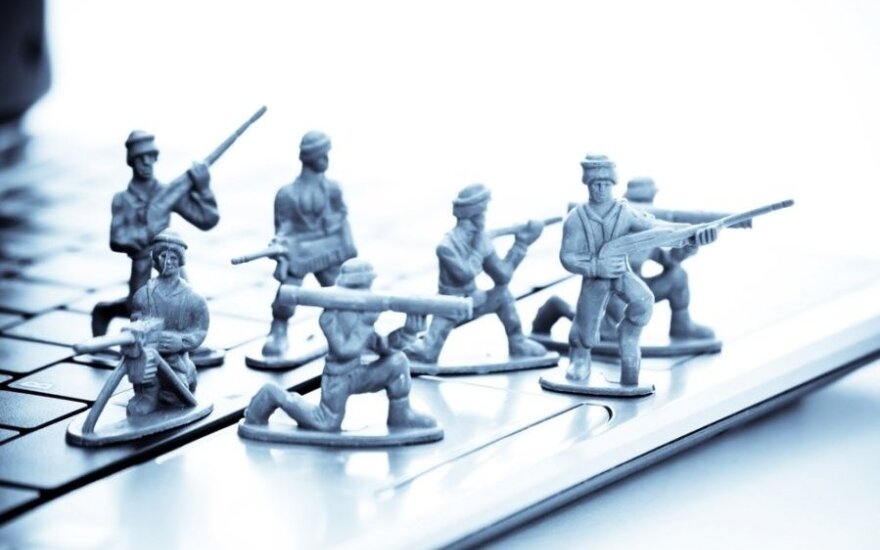 Based on material from the State Security Department (SSD), a government commission has not given the green light for the project developed by Arcus Novus, a local company, Darius Jauniškis, the SSD director, confirmed to BNS.

"In the SSD assessment, the AmberCore data center project, developed by Arcus Novus, poses a threat to Lithuania's national security due to links to Russia's Federal Security Service (FSB)," he told BNS.

Sources have told BNS that the SSD warned the government that the data center could be connected to FSB's radio-electronic intelligence center via fiber optic lines to Russia.

Arcus Novus and AmberCore DC, its subsidiary that planned to develop the data center project, have appealed the government commission's findings to a court and says that they are not putting the project on hold, at least for now.

The government's Commission for Assessment of Potential Participants' Compliance with National Security Interests released its negative opinion about the project last August. According to the commission, activities of the companies' shareholders are incompatible with national security interests.

Based on data from the Center of Registers, Denmark-registered Satgate Holding holds 51 percent of shares in Arcus Novus, which is the sole shareholder of AmberCore DC, the date center developer, and Valeriy Avetisyants, who is registered in Russia's Kaliningrad region, owns the remaining 49 percent.

Based on his LinkedIn profile, Avetisyants is a founding partner of Satgate Holding and the founder and deputy director of Kaliningrad-registered logistic company STG. He has in the past worked at Gazinvest Grupp and Gazprom Komplektaciya.

According to information available to BNS, Lithuania's intelligence agencies have found out that the companies are also controlled, through intermediary foreign companies, by Kiril Lupandin, the CEO of AmberCore DC, Vitaly Malashevsky, the head of SatGate, a company of the Arcus Novus Group, and Boris Moskalyuk.

The SSD warned in a publicly released report last year that Russia's FSB and defence ministry units had the largest capabilities for cyber-intrusions in Lithuania and that Lithuania's infrastructure was being used for carrying out cyber-attacks worldwide.

"A favorable situation for spying activities is also created by Lithuania's broad IT infrastructure capabilities (the penetration of the Internet, especially fiber optic, technical and data center capabilities, public access to many services, possibilities for anonymous payments in the e-currency Bitcoin, etc.)," it said in the report.

The project developers have challenged the commission's decision in court, saying that the circumstances set out in it harm their business reputation and are untrue.

With the case still ongoing, neither public bodies nor the developers would comment in more detail on what legal implications the commission's decision might have.

Arcus Novus CEO Vidmantas Tomkus declined to comment on the allegations of links to Russia's FSB, saying that he had not seen the original sources of information.

"I personally have not heard any such accusations against me. I can only repeat once again that while there are no legal implications, it remains to improve the Lithuanian legal system," Tomkus said.

"The problem is that there are only secondary documents and that I have had no opportunity to get acquainted with the original sources based on which that protocol decision was signed. I will be able to comment when all the facts are available," he added.

Tomkus said that he was ready to cooperate with Lithuania's authorities.

"We are ready to cooperate and take into account all potential threats. What we want is dialog," he said.

According to the court's ruling, the government-appointed commission assessed Arcus Novus' decision of February 2015 to increase AmberCore DC's authorized capital. Arcus Novus itself purchased the new shares, but it did not turn to the commission to be checked for compliance with national security interests. The commission said that the company had thus breached the law.

The developers ask the court to designate the case file as non-public information.

Arcus Novus established the subsidiary company, originally named Arcus Innotech, back in 2009 and renamed it into Amber Core DC in 2013. The company began implementing the data center project in 2012 and obtained building permits in January 2015, but it has not yet started the actual construction.

Amber Core DC Marketing Director Gintautas Mežėtis says that they plan to launch the construction in 2017 after securing financing.

"We are now waiting for financing. We had a tender process to pick the building contactor, but we have not appointed it yet. We will do so as soon as we receive the financing," Mežėtis told BNS.

"We are planning to start the construction this year and to complete it in 12 to 15 months' time," he added.

According to the report, Amber Core DC planned to seek financing from the US Ex-Im Bank. It now expects to obtain loans for the project from UK financial institutions, Mežėtis said.

The marketing director would not comment on what impact the commission's conclusion about Arcus Novus' alleged links to FSB may have on the project.

He confirmed that the data center would be the largest in Lithuania and that investment in the project would amount to around 60 million US dollars, or around 57 million euros.

It was announced earlier that 600 server cabinets could be housed in the facility.

The core business of Arcus Novus, which was established in 2003, was to transmit information via satellite systems. In 2007, Arcus Novus founded Liepiškių Technologiju Parkas (Liepiškės Technology Park) and a subsidiary company named SatGate that took over its telecommunication services business.

Arcus Novus is a member of the Lithuanian Aerospace Association and Tomkus is its chairman. The company participated in the development of Lithuania's first two satellites, LitSat-1 and LituanicaSAT-1.

Tomkus last year was presented by Lithuanian President Dalia Grybauskaitė with a beacon of innovation award for "the creation and development of advanced and innovative activities of social and economic benefit to Lithuania". In its press release, the president's office also underlined his contribution to promoting Lithuania's cooperation with NASA and the European Space Agency.

Seimas' speaker: MPs should be safe from impact of foreign states

Russia and Belarus may be acting in Lithuania under the disguise of terrorism , says Darius...