BNS
aA
Lithuanian President Dalia Grybauskaitė says that the country is better prepared than it has ever been before for the Zapad large-scale military drills that Russia and Belarus are holding close to its borders. 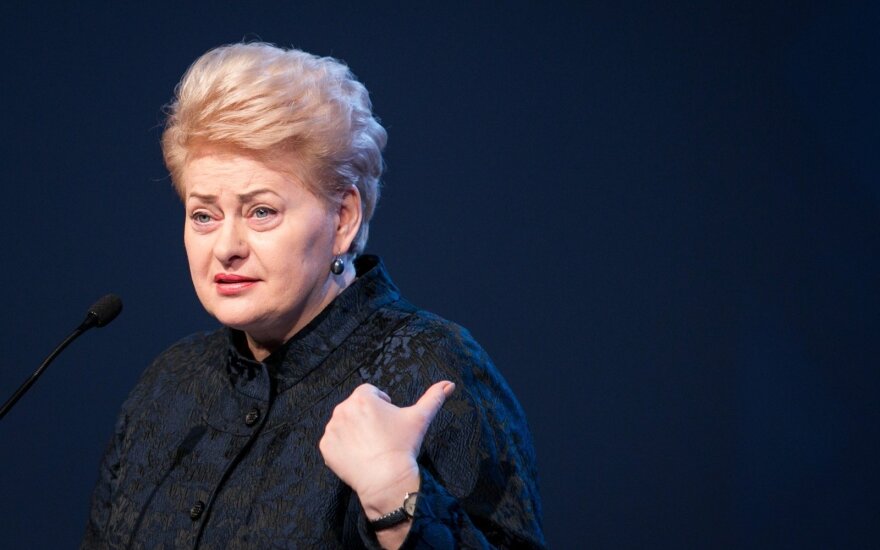 "I am glad to say that we are much better prepared than we were during the Zapad exercise in 2009 and 2013. We ourselves are better prepared now as we have more deterrence and defense instruments in our territory, and our partners, our friends from NATO are also helping us," she said in an interview with LRT Radio aired on Thursday morning.

According to the president, although Zapad 2017 is officially starting on Thursday, military drills are already ongoing.

"The Zapad exercise has been underway for around a month now. We saw military buildup and preparations taking place. Thus, we should not focus only on (Sept.) 14-20, because this is the so-called active phase. In fact, it is the VIP part when guests arrive; it is a demo exercise. There is increased activity before and after that date," she said.

The Russia-Belarus joint exercise formally begins on Thursday and will run through Sept. 20. Moscow says that the war games involve fewer than 13, 000 troops, but Western officials believe that around 100, 000 soldiers will actually take part.

Lithuania military intelligence says that the Zapad scenario will very likely include an armed conflict with NATO. With part of the drills taking place close to the Lithuanian border, Lithuanian officials do not rule out possible incidents and provocations.

The governmental Extreme Situations Commission decided after a meeting at the Interior Ministry on...