(1)
BNS
aA
The Baltic states have asked NATO's leaders and chiefs of defence of the Alliance's member-states for constant rotation of Allied forces, although decisions will be made by politicians, Lithuania's Chief of Defence Lieutenant General Jonas Vytautas Žukas stated on Saturday. 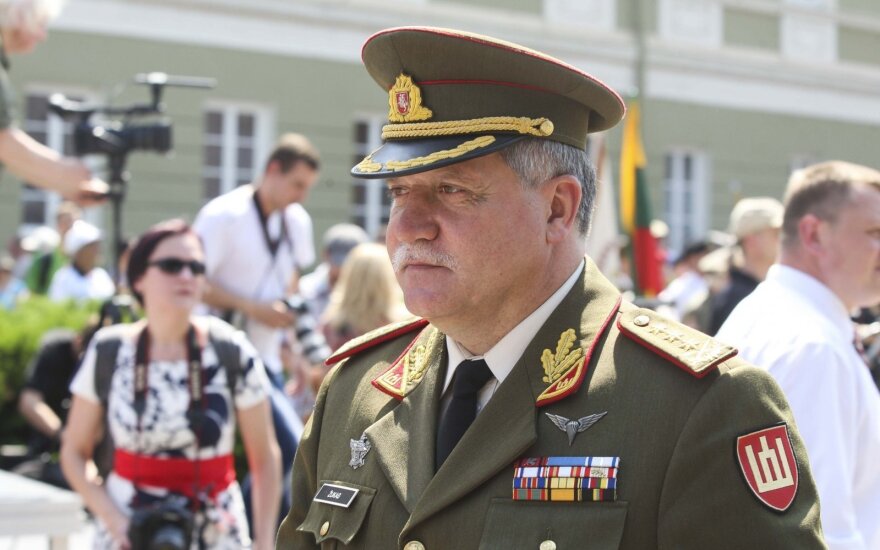 At a meeting of the NATO Military Committee, Žukas said he also raised the issue of Baltic air defense and deployment of military equipment.

"The Military Committee cannot make specific decisions, as they require a political decision. However, the requests made by the Baltic states were stated and heard," the general told BNS in a telephone interview from Turkey on Saturday evening.

In his words, a request was also made that NATO Allies “continually rotated” their forces in the Baltic states by the same principle that the air-policing mission is carried out.

Since 2014, a company of US troops is continually rotated in each of the Baltic states and Poland; however, other Allies have been sending their troops for training irregularly.

"We would want to not have to reach bilateral agreements with partners every single time, we want it to be a consistent process. We want to achieve interoperability of forces, so that forces would move towards compatible operation with the Lithuanian army via the NATO Force Integration Unit," said Žukas.

In his words, the issue of the Baltic airspace defence was also raised during the meeting.

"We want to have a very clear understanding of the processes of transition of air-policing to airspace defence. Air-policing is superb for the times of peace, but what will the transition be to air defence, that is the question we have," said the Lithuanian chief of defence.

In his words, the Baltic states also seek prepositioning of equipment in an effort to better prepare for hosting response forces.

The Military Committee holds meetings on the level of chiefs of defence three times a year, including two in Brussels and one in some NATO member-state. A year ago, the meeting took place in Vilnius.