Silver Tambur, www.DELFI.ee
Seven NATO states are to create a new joint expeditionary force of at least 10,000 personnel to improve NATO’s rapid deployment ability, the Estonian Defence Ministry said on Saturday. The new force will be led by the United Kingdom. 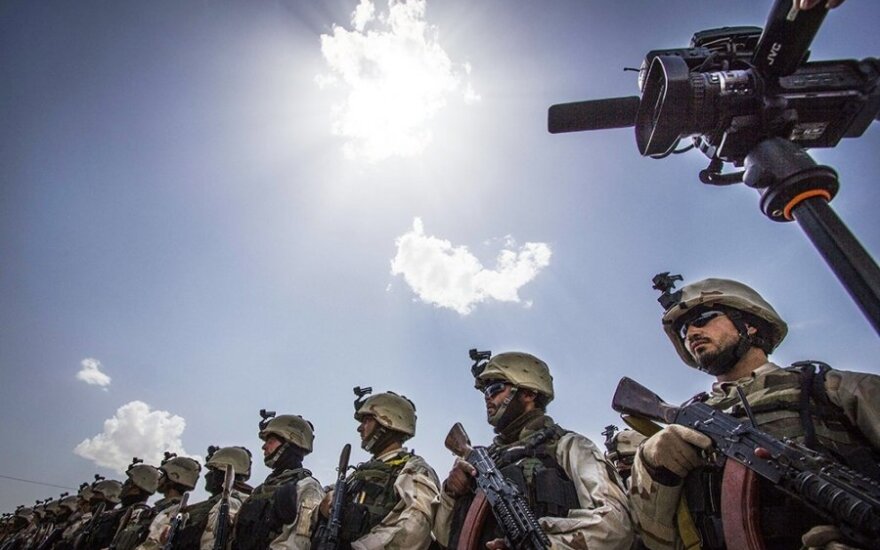 In order to start preparations for creation of the new expeditionary force, the Estonian Defence Minister Sven Mikser will sign a memorandum of understanding at next week’s NATO summit in Wales. Apart from Estonia and the UK, the other participants are Denmark, Latvia, Lithuania, Norway and the Netherlands.

"In the changed security situation, it is important to improve the NATO rapid deployment ability and the creation of joint expeditionary force is a concrete step towards this goal," Mikser said.

"It is also a good chance for Estonia to continue our military cooperation with the United Kingdom and other allies, because we have strong ties from our collaboration serving along the British forces in the restless Helmand province in southern Afghanistan," he added.

The rapid deployment force will incorporate air and naval units as well as ground troops and will be led by British commanders. It will be able to respond swiftly to protect the member states, but also react and help out during humanitarian crises, and natural disasters.

According to Sven Mikser, negotiations to create the new force started before the Ukraine crisis, but Russia’s aggression in east Ukraine has accelerated and increased the need for it.

"In a tense security situation where we are today, the main task for the joint expeditionary force will have to be the strengthening of the collective defence principle and extended deterrence," he added.

The Defence Minister said that it is too early to disclose how many Estonian troops will take part of the new force, but it will be clarified in autumn.

President Grybauskaitė: NATO Summit in Wales is an event of vital importance

In an interview with LRT radio the President Dalia Grybauskaitė says that the meeting of the...

Germany will be taking over the responsibility of supporting the Baltic Air Policing mission from...

Three hundred members from the Estonian Defence Forces and Defence League will be providing...

Obama pledges to reaffirm defence commitments in Estonia next week

US President Barack Obama says he will restate a firm commitment to defend NATO allies during a...

Four F-18 Hornet fighter jets of the Royal Canadian Air Force landed at the Aviation Base in Šiauliai...