BNS
aA
The Ministry of Foreign Affairs of Lithuania on Monday sent a diplomatic note to the Russian Embassy in Lithuania, protesting against illegal actions of Russian officials when detaining the fishing vessel Jūros Vilkas (Sea Wolf) which was sailing under the flag of Lithuania in international waters in the Barents Sea, its forced towing to the Port of Murmansk, as well as the illegal detention of its crew. 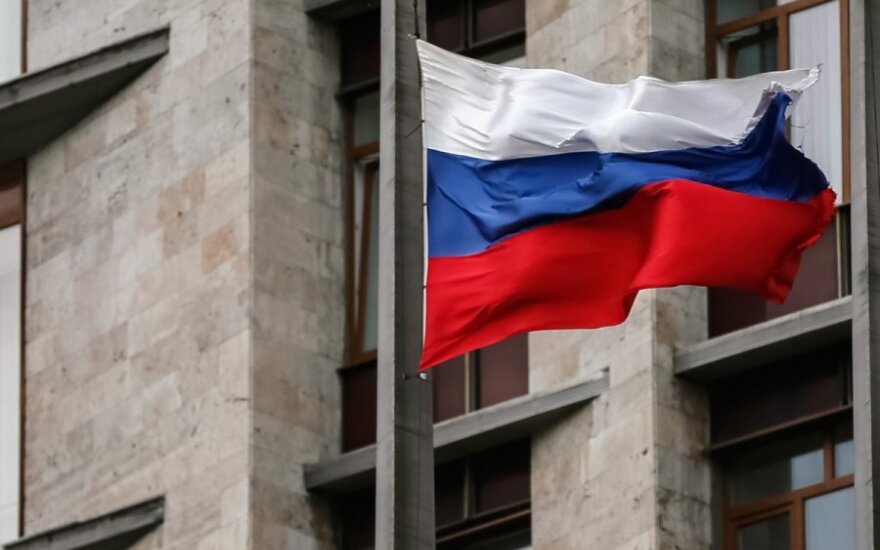 "The Ministry of Foreign Affairs of the Republic of Lithuania notes that the Russian Federation by illegal actions of its officials in detaining in international waters the vessel Jūros Vilkas sailing under the flag of Lithuania and registered in Lithuania, has violated the Part VII of the United Nations Convention on the Law of the Sea, guaranteeing freedom of the high seas. Moreover, the institutions of the Republic of Lithuania were not informed about the detention of the fishing vessel and its crew", the note reads.

The Ministry of Foreign Affairs stresses that such actions by the Russian officials are in violation of the United Nations Convention on the Law of the Sea, to which Russia has acceded. The note urges a prompt release of the vessel and its crew.

"The note from Russia was received on Monday night," Rasa Jakilaitienė, spokeswoman for the Ministry of Foreign Affairs, told BNS.

Fishing in the Barents Sea, Jūros Vilkas was detained on Friday. Lithuanian officers say the captain was removed by force, the crew was detained and the vessel was towed to the Port of Murmansk.

Satellite data from Lithuania's Ministry of Agriculture, however, confirmed on Monday the vessel was fishing and was later detained in international waters.

The articles of the Russian Code of Administrative Violations, cited by the press service, stipulate fines and the vessel might be confiscated.

Russian officers detained the Lithuanian vessel on Friday, accusing it of illegal crab-fishing in Russia's exclusive economic zone. The vessel was towed to Murmansk. Its crew consists of 28 people, including three Lithuanian citizens.

Russia has detained a Lithuanian fishing vessel and it's being towed to Murmansk Port, Russian and...

The Lithuanian fishing vessel Jūrų Vilkas ( Sea Wolf ) did not cross the Russian border and was...

Lithuania is sending its consul to the Russian northern port of Murmansk over a Lithuanian fishing...

The Lithuanian fishing vessel "Jūrų Vilkas" ("Sea Wolf") was detained by Russian officials at a...