BNS
aA
The bilateral agreement on the sea border was only ratified by Lithuania in 1999, the Lithuanian lrt.lt news website writes.
Sekite svarbiausias naujienas socialiniuose tinkluose! 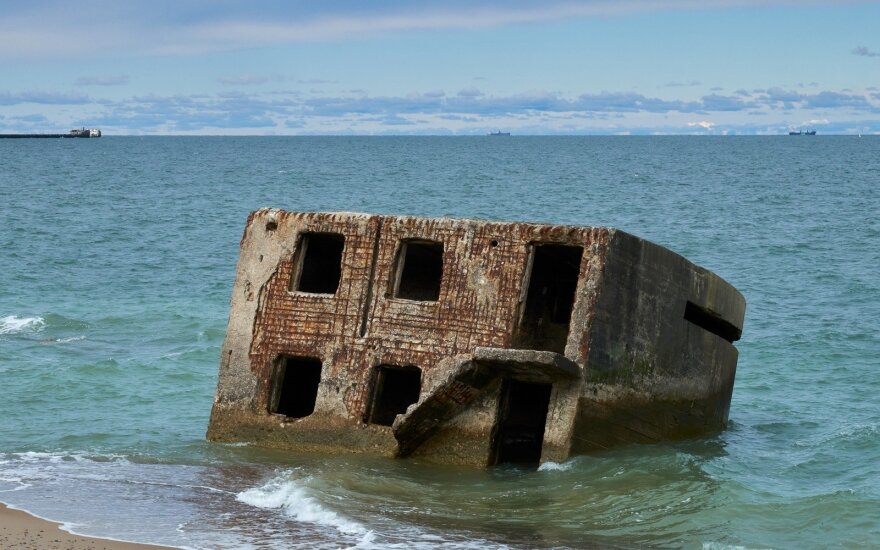 Latvia's Ministry of Foreign Affairs says the country's position has not changed yet.

Over a decade ago, Latvian lawmakers proposed dividing one of the larger oil fields in half, in exchange for the agreement ratification, despite almost all of it being in Lithuania's waters. Lithuania refused.

"I don’t know if they interpreted it also themselves or the Swedes did something for them because we don't have that data since we don't exchange information. I know that a permit was issued several years ago and one bore was made, and a permit for another one was issued last year. That disputed territory might have 8 million tons of oil deposits and 2 or 3 million tons might be extracted," she said.

The situation when two states cannot agree on their sea border for 20 years is paradoxical, Lithuanian Minister of Foreign Affairs Linas Linkevicius says.

"Several years ago, the Latvian economy ministry called an exploration tender, although it shouldn't be that way. They say the tender failed but that still shouldn’t be that way. But we see it from the practical point of view, and how much of hydracarbons or oil could be there is another question. Since that territory is common, we should be exploring it together. But that should be done at a time defined in the agreement," Linkevicius said.

Former Latvian MP Romualds Razuks believes the sea border agreement could be reached if Latvia were offered two agreements at the same time.

"We need an economic agreement that would be submitted to the Latvian Saeima as I believe that if both agreements come together, in that case the Latvians would vote and the border agreement would be ratified," Razuks said.

It is stated officially that the existing situation does not affect bilateral relations.

The sea border agreement was signed in the summer of 1999 and the Lithuanian parliament ratified it soon. The new border expanded Lithuania's territorial waters by around 10,000 km.