BNS
aA
Lithuania abstained from voting in the UN General Assembly on a resolution condemning Israel for Palestinian deaths in the Gaza Strip. 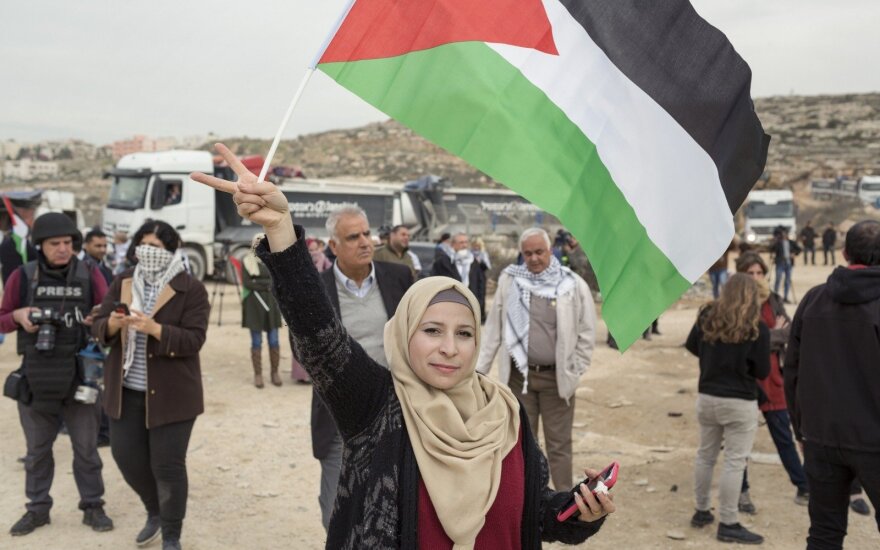 The resolution was passed on Wednesday night with 120 votes in favor, 8 votes against and 45 abstentions.

At least 129 Palestinians have been killed by Israeli fire in protests near the border with Gaza in recent months.

The Arab-backed resolution condemns Israel's use of "excessive and disproportionate" force against Palestinian civilians and calls for protection measures for Palestinians in Gaza and the occupied West Bank.

Lithuanian Foreign Minister Linas Linkevičius says that the document is unbalanced as it fails to reflect the responsibility of Hamas, the Islamist organization that control Gaza.

"Civilian victims are unacceptable and while calling on Israel not to use excessive force, we understand that Israel has the right to self-defense," Linkevičius told BNS on Thursday.

"In assessing actions, we have to place certain responsibility onto Hamas and other terrorist groups, because they use women and children as a shield for their provocations," the minister said.

"This resolution is unbalanced and won't contribute to stability. By giving no assessment to Hamas' provocative actions, we make a mistake, and we can't back such a resolution," he added.

Linkevičius said that he had discussed this position with Turkey's foreign minister by phone on the eve of the UN vote.

Lithuanian Prime Minister Saulius Skvernelis has postponed his visit to Israel to bring the...

Representatives of US Jews , visiting Lithuania on Thursday, have asked the Baltic country to move...