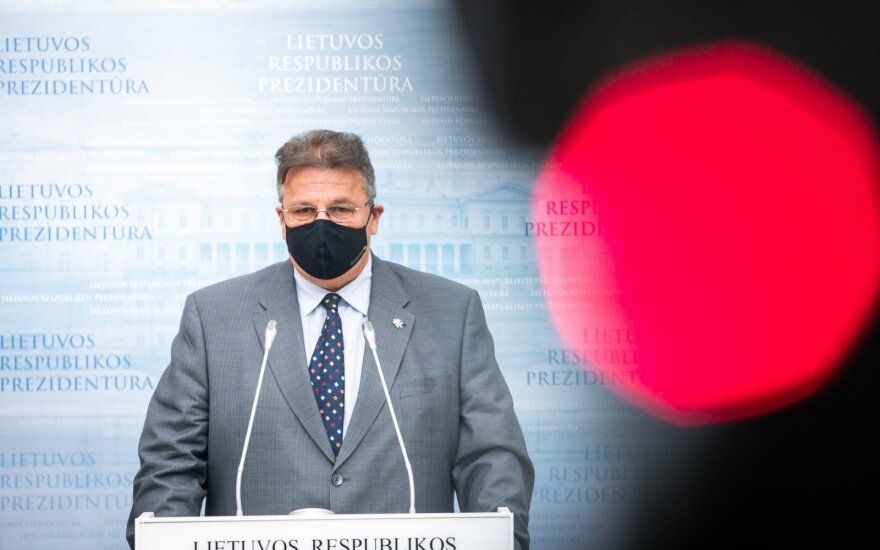 "Today, we still see a dead-end, a wait-and-see situation. I believe the government hopes to win time and suppress those processes," Linkevicius told journalists on Friday after meeting with Pavel Latushko, a presidium member of the Belarusian opposition's Coordination Council, and Andret Sanikov, an opposition representative.

The Lithuanian minister said the goal of these meetings was to discuss possible actions of the international community regarding the situation in Belarus.

"The goal is simple – to see what the international community can do, what the European Union can do, what we can do at the national level," the foreign minister said.

He also added that an independent international investigation is needed into the regime's violence against peaceful protesters and opposition members.

"We have to do everything possible to have an independent international investigation for those responsible be held accountable. We also need sanctions, but not symbolic ones, they need to be meaningful," Linkevicius said.

International sanctions for the Belarusian regime would be the most effective measure, the minister said.

"A European list would be the best option but it is happening very slowly, just as I estimated. We need to have national sanctions or, even better, regional sanctions," the head of Lithuania's diplomacy said.

In his words, Lithuania is due to "soon" update its national sanction list.

"Everything is moving and I believe we will have some results soon. We are holding talks with the Latvians and Estonians, and we are talking to Poland. That work is ongoing," Linkevicius said.

He also underlined that that regime's actions against members of the Coordination Council were causing concern.

Belarus has been rocked by protests ever since the presidential vote on August 9 when incumbent President Alexander Lukashenko, in power since 1994, was declared its winner.

The opposition and Western countries say the vote was rigged.

Sources: French President Macron to come to Lithuania this month