BNS
aA
There's a growing understanding among colleagues in the Baltic states about the problems related to the Astravyets nuclear power plant under construction in Belarus, Lithuania's Minister of Foreign Affairs said after his meeting with Latvian and Estonians lawmakers and foreign ministers in Riga on Friday.
Sekite svarbiausias naujienas socialiniuose tinkluose! 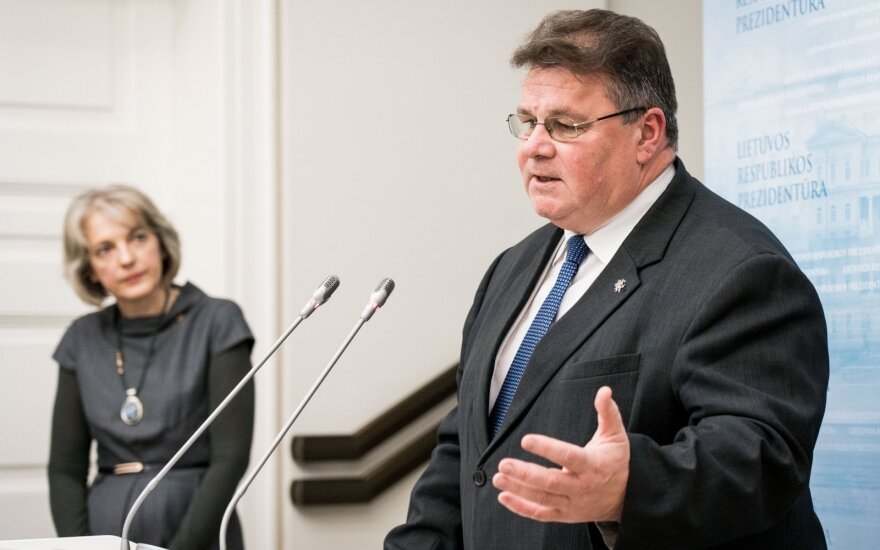 "There's a growing understanding of that as previously there was no even any wish to have an in-depth discussion on the matter, to be honest. Now it's clearly stated in the joint documents," he told BNS by phone from Riga.

In his words, the Baltic Council's joint statement underlines that nuclear safety and environment in countries neighboring the EU are an indispensable part of the Community's foreign policy.

According to the Lithuanian foreign minister, there are calls for Belarus to update the action plan regarding the nuclear facility and take into account the test results and other recommendations.

"We hope for more interoperability in this area but, obviously, there's a growing understanding of that definitely," Linkevicius said.

He said he stressed it to politicians from the Baltic states that the EU's reaction to the Astravyets NPP will form a precedent for member states to act in cases when new nuclear power plants will be built in the EU's neighborhood.

Since early 2016, Lithuania has been calling on EU member states to join its embargo of Belarusian electricity but other Baltic states have not made that step yet. Experts acknowledge that electricity produced in Astravyets theoretically might enter the common market via Russia and Latvia.

Linkevcius said he did not ask on Friday his Baltic counterparts not to buy Belarusian electricity upon the launch of the Astratvyets facility.

Representatives of the Lithuanian government have recently started gradually changing their rhetoric on the Astravyet's NPP as they previously stressed that it could not be built and now speak more about its safety.

The Belarusian authorities say the power plant could start operating in the first quarter of 2020 and they reject Lithuania's criticism over safety standards.

In the context of an emerging conflict between the so-called old Europe and the United States, Western...