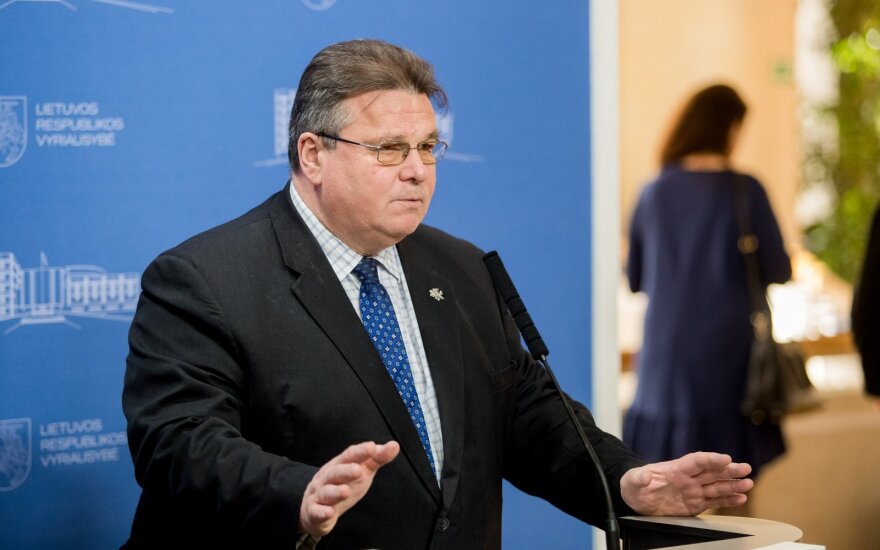 "The president spoke with Polish President Duda before his departure and we were assured that President Duda will represent our interests as well," Linkevicius told journalists at the Presidential Palace on Tuesday.

"We have stressed numerous times that the Baltic states and Poland are one territory, if we speak about the defense logic and NATO defense planning, therefore, we find it directly important in the national sense what is happening in Poland. Therefore, everything President Duda will speak about security guarantees and the US effort in the region, especially in Poland, is equally important for us," Linkevicius said.

Related articles
Duda in Vilnius: Central European nations' unity is necessary foundation of their freedom
Defense Minister doubts whether country has resources to help US in Persian Gulf

During their meeting in Washington, the Polish and US president, among other things, plan to discuss further defense cooperation.

Poland wants more American troops deployed in the country but Trump's recent decision to reduce its contingent in Germany has sparked concern in Poland.

"We are definitely not seeking that at the expense of Germany, we definitely don’t want that. Any withdrawal of US troops from Europe is not a welcome step but we have no reason to doubt the United States' involvement in the resolution of security issues in our region," Linkevicius said on Tuesday.

"I would like to remind you that some 500 American troops have recently spent six months training with tanks, armored vehicles and weaponry here in Lithuania. It happened for the first time in history. And that will definitely not be the last time as all of that is happening in the monetary sense and also in the sense of political attention," the foreign minister said.

President Gitanas Nauseda discussed regional security issues during a phone conversation with President Andrzej Duda of Poland on Monday and the two presidents agreed that during his upcoming meeting with US President Donald Trump, the Polish leader will speak on behalf of Lithuania and Poland expressing an expectation of stronger US military presence in Europe.

Lithuania and Germany to sign agreement on temporary presence of troops

As enhancement of defence cooperation between Lithuania and Germany continues, Agreement between the...

The possible deployment of more US troops to Poland will serve the security interests of the entire...