aA
The so-called “golden fork” scandal has not yet settled, but it may very well be that Minister of National Defence Juozas Olekas could be faced with yet another controversy. This time it relates to the controversial family status of an officer who was slated to be posted in Moscow, DELFI.lt reported. 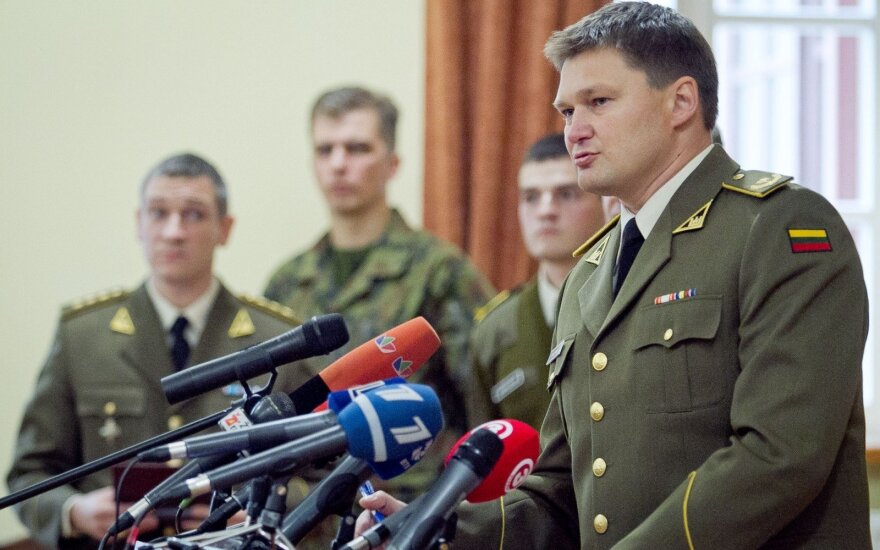 Until recently the post of defence attaché in Moscow belonged to Col Audrius Marcinkevičius. He was to be replaced by Lt Col Saulius Pikturna. Here appear some curious coincidences. During the initial investigation regarding the “golden fork” scandal where the Ministry of National Defence was close to buying vastly overpriced utensils, colonel Pikturna was serving as the head of the Ministry of National Defence General Inspectorate Investigation department. Then this year, just before the explosion of the “golden fork” scandal, the 43 year old officer was promoted by the Minister of National Defence himself and could move to Moscow.

To continue, just prior to his posting, S. Pikturna filed for divorce and suddenly married another woman. Perhaps this would not provoke any questions, if not for one fact: while filling in documents in Lithuania, he informed relevant agencies that his wife is Ukrainian and provided a Ukrainian passport. On arriving in Moscow and dealing with visa issues, the story shifted somewhat; supposedly his wife is a Russian citizen from Crimea and has a Russian passport.

Nevertheless, Russian intelligence agencies have shown full willingness to use their own citizens as leverage to affect foreigners, particularly those in important posts. An important case to keep in mind is that of the leader of the Ukrainian “Crimea” battalion Stanislav Krasnov. His mother was arrested last year in Simferopol and Russian agents apparently used this to investigate Krasnov’s background. Soon after the officer was arrested by Ukrainian security services, on account of conspiring with the FSB (Russian intelligence) and planning of terror attacks. The Ukrainian of Crimean origin had apparently been leaking information to Russian agents since 2014. It is not a stretch to question whether Russian intelligence would be unable to gain influence and information through the Lithuanian officer’s spouse or her relatives.

Since the surfacing of such issues, Saulius Pikturna has been recalled back to Lithuania for “consultations”. Typically this is a diplomatic step to express protest against the host country or a punishment for the individual in question. Based on information gathered by Delfi, an investigation has begun regarding Lt Col Pikturna, with the investigation being led by the Second Investigation Department which is directly subordinate to Minister Olekas.

“We will look into it now that he has returned to Lithuania, clarify details. For now I reserve judgement because the initial information coming in is very varied,” commented the Minister of National Defence.

Currently it is unclear whether Lithuanian counter-espionage operatives had any prior information concerning Lt Col Pikturna’s spouse, where and how they met. Furthermore it is not clear whether the investigators are interested in the fact that the new spouse’s citizenship was hidden or whether any specific connections raised concern. The officer himself has not been removed from service, only moved into the reserve. This means that while the investigation is still ongoing he has the right to access classified information. The removal of such a permit would also mean dismissal. Neither the Ministry of National Defence, nor the officer in question provided any further specifics, only with Ministry of National Defence representative Asta Galdikaitė noting that apparently Pikturna himself asked to be recalled due to family circumstances.

President: Olekas will be remembered as minister of "golden spoons"

Lieutenant Colonel Petras Montvila should be appointed as Lithuania's next defence attache to...