Like Holywood movie: Lithuanian journalist reveals secrets of prison life that are hard to believe

Ugnė Karaliūnaitė
Parašyti
autoriui
aA
“I’ve always wanted to live a normal life. I’ve only slipped once and I understand my fault. But I’m not an animal. I wouldn’t do to an animal what they do to people”. This is not a line from a movie script. This was the reality for prisoners in Lithuanian prison in Pravieniskes that was revealed by DELFI journalist Dainius Sinkevicius. 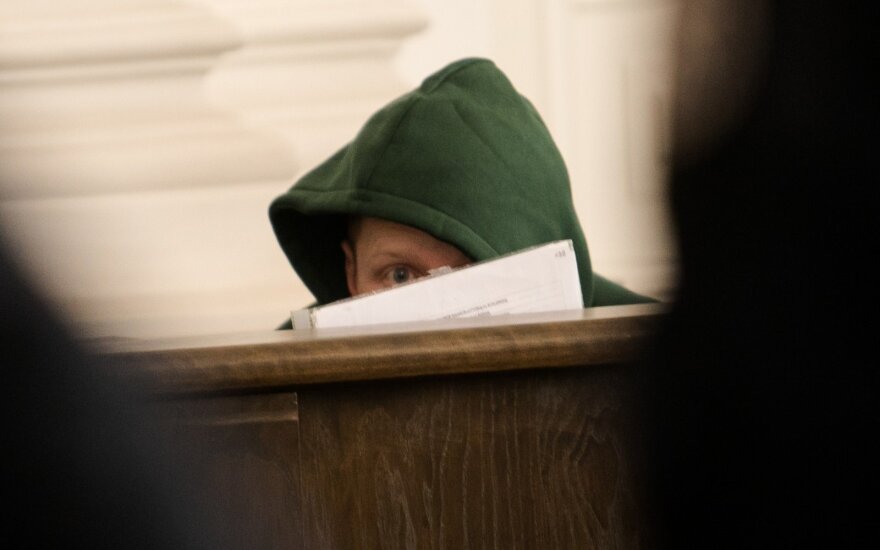 “Imagine a zero and the hole in its belly. When you get there that’s what you are - that hole”, says an ex-convict that was brave enough to talk about the things that were happening behind bars.

Journalist D. Sinkevicius had a chance to disturb all Lithuanian prison system by publishing the book “Mafia of Pravieniskes. Unwritten laws of the slammer”. After getting the attention of Lithuanian politicians and people responsible for a prison system in the country he also worked on a documentary that proved again what inhuman things were happening in one of Lithuania’s jails.

“I wanted to be authentic and reveal the reality in the prison as it was. It was hidden from everyone for many years - also from relatives of convicts”, says the journalist.

The book and the documentary created by D. Sinkevičius reveals unbelievable reality: the journalist explored how the caste system was still in rule in one of Lithuanian prisons. Also, the details tell that even by supervision of official officers there were still drug trafficking, circulation of forbidden objects happening in Pravieniskes. 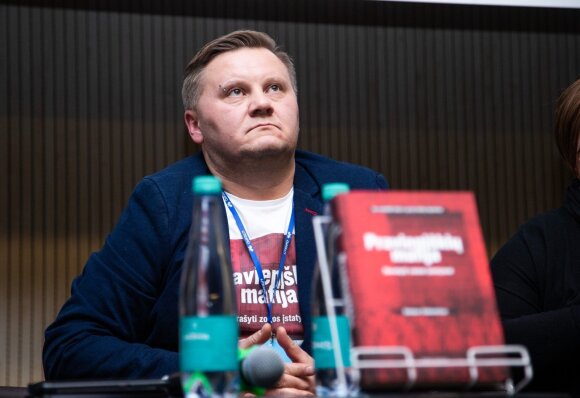 One of the most shocking facts depictures how fights for a better place in jail’s caste system was taking place where many prisoners were injured or some even lost their lives.

“The reality was so horrible that I did not even need to lay it on thick. I can be responsible for what I say, all these years of Lithuanian independence our government did not do anything that situation was changed”, claims D. Sinkevicius.

As DELFI journalist explains, in Pravieniskes correction house there was established strong subculture of prisoners where top convicts would actually have power in all jail. Extortion, violence, creepy rituals, humiliation were everyday’s life for many prisoners in there.


“Let's imagine a man that gets into jail for the first time for a small crime. He has no choice he has to obey to convicts, not to officers of administration. If you do not obey you will be made a cripple and thrown to the lowest caste where you will be cooking, cleaning and doing other jobs for the guys that are in the higher caste”, the situation in Pravieniskes explained D. Sinkevicius. 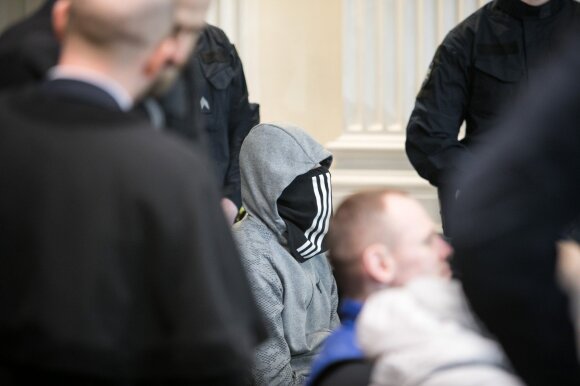 One of the most worrying parts was that even officials had to play by unwritten rules. Apparently instead of making order in the place officials tolerated the unwritten laws and sometimes collaborated with convicts.

“I met many former and present convicts. Many are of them still feels psychologically broken. Even if some are in the freedom they still remember every day what happened in Pravieniskes correction house”, continues the journalist.

According to him, every felon that he talked to could have enough stories to make a separate book about their life before the imprisonment and what they had to experience to fight for their survival.

No ways to escape the hell

“Not long time ago I met one of the prisoners from a small Lithuanian town. He said that in the correction house he was not only beaten but also sexually violated. After he complained to officers they made him sign a paper that he does not have any claims and that he himself offered sexual services to other prisoners”, reveals D. Sinkevicius.

“You’re an absolute zero, only there’s a dollar sign or a punching bag drawn on you. And you can’t do anything about it”, confesses a victim of prison mafia at the documentary D. Sinkevicius created after the book was published. 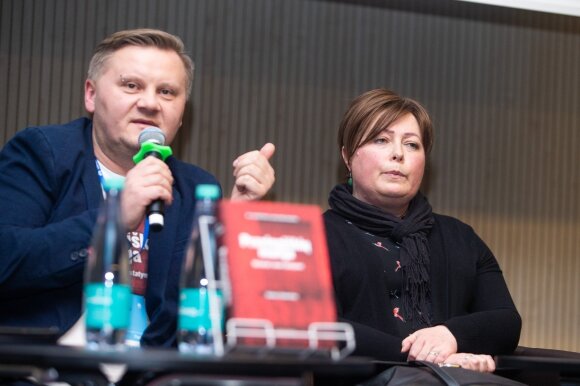 After the book started selling in book stores in Lithuania D. Sinkevicius was contacted by more people that have suffered from the violence in the prison. All of them confirmed that all stories in the book were real and they were a part of this inhuman reality.

That a subculture of prisoners was in place in Pravieniskes was confirmed by Lithuanian Criminal Police Bureau.

Once you’re in, you have to play by the rules and you have to accept the fact there is absolutely no way you can remain a human being.
A convict

“I was personally given the gun by Deima and he told me: ‘have this gun, you will use it when necessary”, in the documentary opens up an ex-convict Vytautas.

Another ex-convict Jonas remembers that he was asked to pay money for other convicts just after he was brought to Pravieniskes correction house. 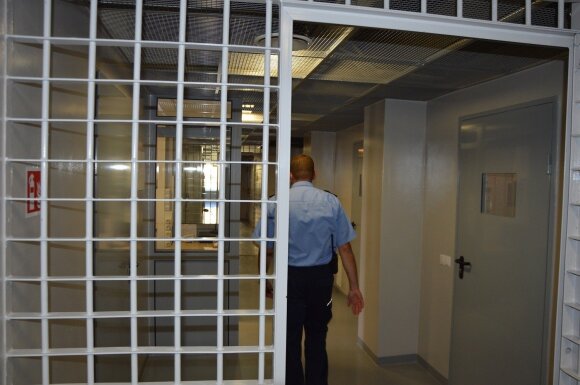 “Of course, they trash me, nothing surprises there. Knocked out a damn tooth as well, obviously”, still cannot forget Jonas.

“I tell them: I don’t have any money. What can I pay you? Out there I live poorly, barely making the bloody ends meet. And what should I pay for?”, continues he. Jonas told convicts that he was allocated to the cell and the bed and he’s gonna sleep there and not pay money.

“Ain't you gonna fucking sleep nothing I was told. ‘It’s us who decide things here, not the bosses’”, opens up in the documentary Jonas.

Although after details of subculture in the jail went public all Lithuania was focused on the story bad things did not stop happening.

Just some days ago Jonas that was telling his story in the documentary was attacked by two men in a brutal way.

The men got into a hospital in Vilnius after he was injured in another Lithuanian town Rokiskis. Doctors had to do Jonas a surgery because attackers stuck some things into his anus and after glued his bum and testicles with super-glue. 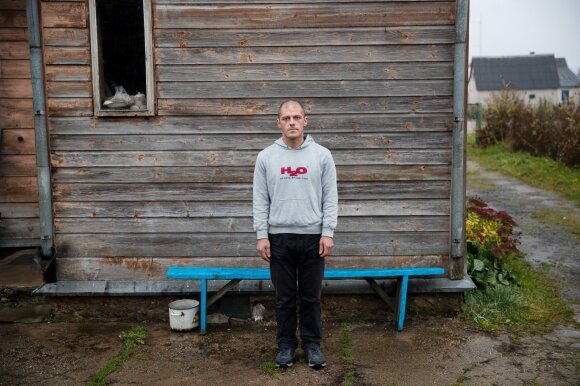 The Center Against Human Trafficking and Exploitation in Lithuania agreed to take care of Jonas that have been attacked already second time after going public with his story.

At the end of January, the ex-convict was attacked and injured just after the event where the book and the documentary “Mafia of Praveniskes” were introduced to the public. Criminal investigation of this event is still being carried out.

One of Europe's most dangerous gangs disbanded in Lithuania - police chief

After a continued operation to probe possession of child pornography, Lithuanian police has launched...

Lithuanian police launched 41 investigations into the distribution of child pornography on the...