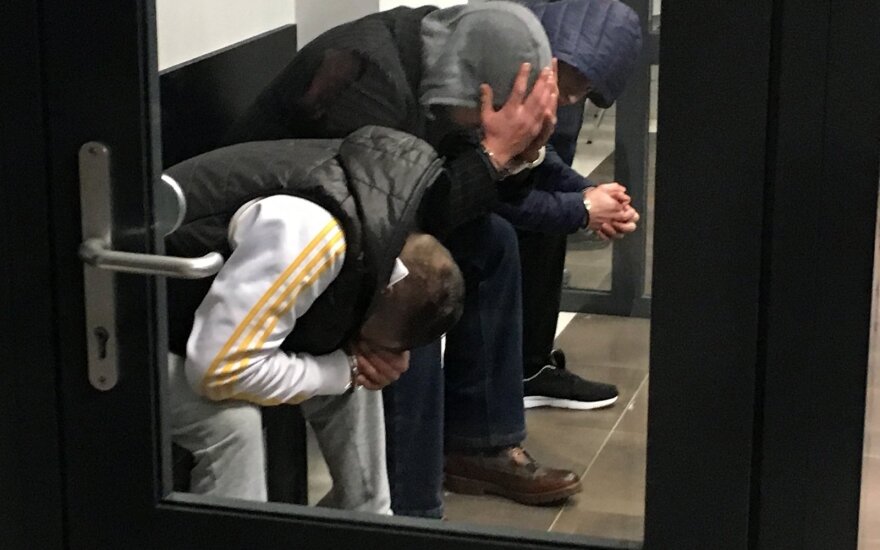 The family of Ieva Strazdauskaite, the murdered women, also demand life sentences for the men and 400,000 euros in non-pecuniary damages, the family's lawyer told the court.

After the prosecution and the family's lawyer made their statements, the trial was adjourned to give the defense time to prepare for their closing statement.

The three cousins from the central town of Kedainiai – Karolis Bieliauskas, Leonas Bieliauskas and Mantas Bieliauskas – were charged with torturing and cruelly murdering a person in a helpless state. They murdered the young woman as a group in an effort to conceal another crime, according to the prosecution.

The men were also charged with unlawfully depriving a person of liberty and with causing damage to property.

Life imprisonment is the maximum sentence that can be imposed for these offences.

The accused partially admitted to the charges.

Strazdauskaite was reported missing in March 2017 after she disappeared on her way from her parents' home in the northwestern town of Plunge to Vilnius. After several days of intensive search, her body was found in the central district of Kedainiai.

According to the case-file, Strazdauskaite's luxury car apparently became the motive for her murder. The accused staged a traffic accident on the Kaunas-Vilnius highway and kidnapped the woman after she got out of her car. She was later beaten to death with a shovel.

A psychiatric examination of the suspect in the investigation of a tragic double homicide in...

After a tragedy in Kėdainiai District when a father killed his two children by throwing them into a...

A Brazilian citizen suspected of a Lithuanian tourist's murder has been detained at the crime...