BNS
aA
The opposition Liberal Movement proposes to amend the Constitution to lower the minimum age for standing as a candidate in Lithuania's parliamentary election to 21 years.
Sekite svarbiausias naujienas socialiniuose tinkluose! 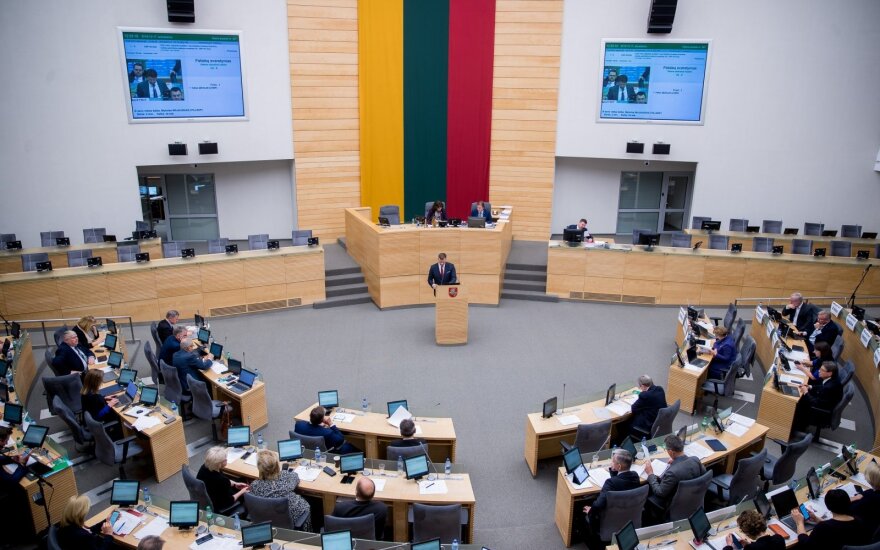 The Constitution currently allows any Lithuanian citizen aged 25 years and over to run for a seat in the Seimas.

Viktorija Cmilyte-Nielsen, the leader of the Liberal Movement's political group in the Seimas, says young people become increasingly involved in politics, but are underrepresented in the parliament.

"We have one MP aged under 29 years. Topics that are important to young people often do not get proper attention in the Seimas," Cmilyte-Nielsen said at a news conference on Friday.

"We are not suggesting changing this norm by the next election. We understand that this requires broad discussion," she said. "We believe that the time has come to discuss this and we see plenty of arguments for it."

The minimum age of candidacy is currently set at 18 years in 16 EU member states, the Liberal MP noted.

According to Skutaite, this signals "an upward trend", but steps must be taken to "keep those numbers growing".

A constitutional amendment must be voted on twice by the Seimas, with an interval of at least three months between the votes, and requires a two-thirds majority, or 94 votes, to be adopted.

President Gitanas Nauseda 's victory in the presidential election has been named the most...