Liberals and conservatives agree on coalition in Vilnius

BNS
aA
Representatives of the Liberal Movement and the conservative Homeland Union–Lithuanian Christian Democrats agreed on Monday to seek setting up a ruling coalition in the capital city Vilnius. 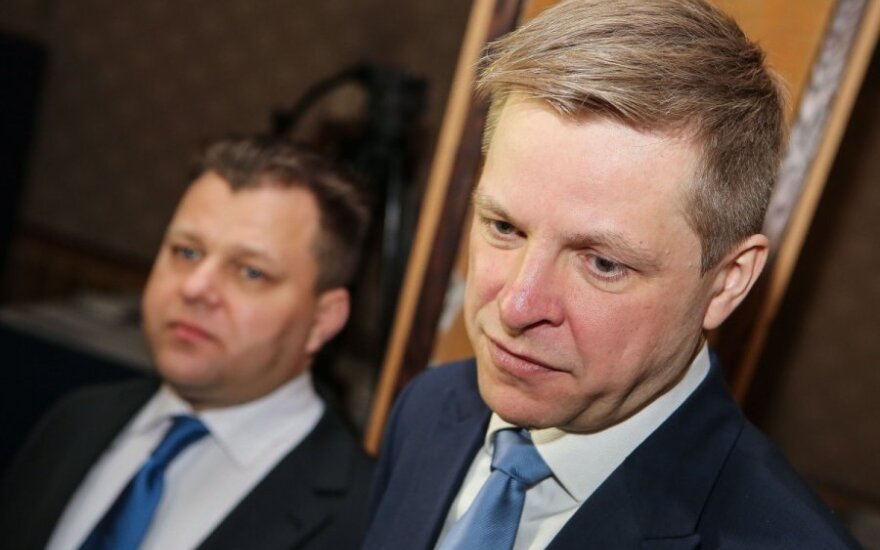 MP Remigijus Šimašius, the liberal candidate for mayor, said coalition negotiations would be held with all parties, with the exception of the Lithuanian Freedom Union (liberals), headed by incumbent Vilnius Mayor Artūras Zuokas, and Valdemar Tomaševski's Electoral Action of Poles in Lithuania.

The conservatives' leader Andrius Kubilius also said he saw the Liberals and the Homeland Union as the axis of the ruling bloc in the Lithuanian capital.

The Liberal Movement won 15 mandates in the 51-member Vilnius City Council, while the conservatives got eight.

Seats were also won by the coalition of the Electoral Action of Poles in Lithuania and the Alliance of Russians (10), the Lithuanian Freedom Union (liberals) (six), the Social Democrats and the political party List of Lithuania (four each) and the Order and Justice party (three). Once elected, the Vilnius mayor will also become a member of the municipal council.

Šimašius and Zuokas will face each other in the run-offs in two weeks.

Lithuania's ruling Social Democratic Party won the highest number of votes in the elections to local...