BNS
aA
The board of Lithuania's Liberal Movement has decided to turn to court over information published by the State Security Department, allegedly damaging the party's reputation. 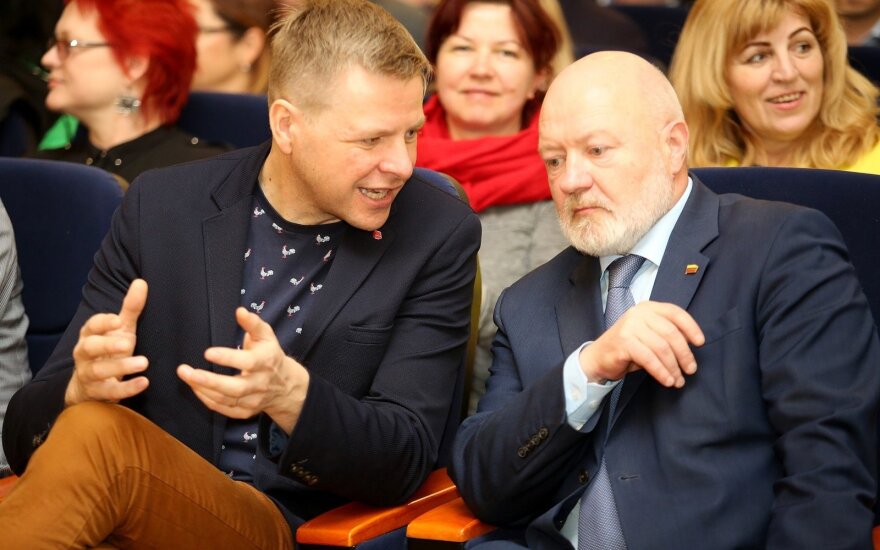 "We have decided that we, as a party, have to turn to court over damage to our reputation and demand refutation of claims made in the SSD report," the party's leader Eugenijus Gentvilas told BNS Lithuania on Friday.

The party's board made the decision to go to court late on Thursday.

"One might get an impression that certain processes were controlled (by MG Baltic – BNS), but fully-controlled means that the board should have also been fully funded and the party's management shaped to the wishes of MG Baltic. Now it's obvious that they did not want Remigijus Šimašius, they didn't want me but we are the party leaders," Gentvilas said.

"Full control means full funding and the Homeland Union – Lithuanian Christian Democrats has received more support from MG Baltic than we have," the liberal leader said.

In its report to the parliamentary Committee on National Security and Defense, the SSD states that the Liberal Movement, founded in 2006, was a long-term political project of MG Baltic, fully controlled by the business group's executives and aimed at eliminating MG Baltic's competitors in the construction business in Vilnius.

The Liberal Movement was founded in 2006 when part of members of the then Liberal and Center Union were sacked or left the party due to disputes with the party's leader Artūras Zuokas. Incumbent MEP Petras Auštrevičius was elected the new party's chairman.

The SSD report also states that Auštrevičius was "chosen" to become the party's leader as another candidate was judged unsuitable.

Vitalijus Gailius , a member of the opposition Liberal Movement , says he disagrees with the State...

Lithuania's MG Baltic business group sought the election of Vitalijus Gailius as leader of the...

President says her emails with Masiulis were misinterpreted