BNS
MEP Petras Auštrevičius will be proposed as the Lithuanian Liberal Movement's candidate for the 2019 presidential elections. 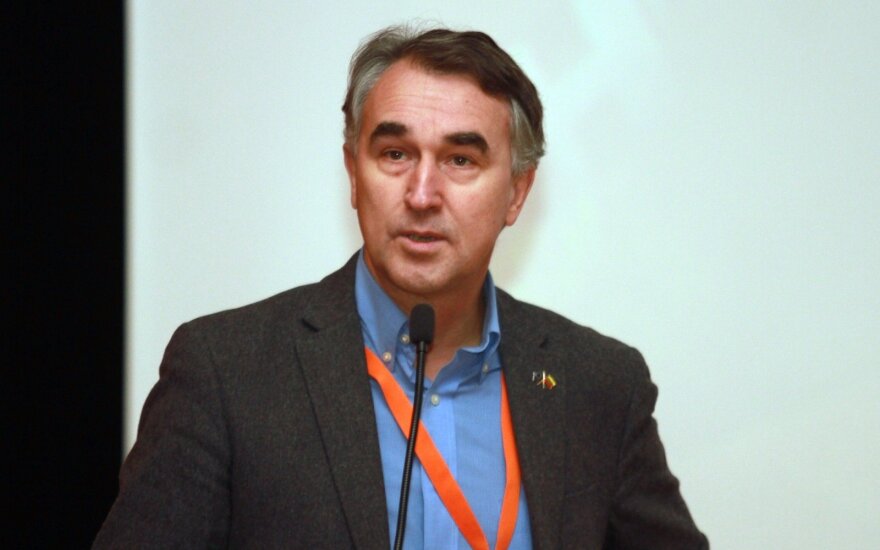 Auštrevičius was supported by 453 delegates during the party's election, defeating Lithuania's former ambassador to UNESCO, MP Arūnas Gelūnas, with 368 votes.

Candidates for president were elected in electronic voting by all Liberals who had paid membership fees. Out of the 2,800 members, over 800 cast their ballots in the election.

Results of the two-day voting were published during the party's congress in the Kėdainiai district, central Lithuania, on Saturday.

Speaking about his program, Auštrevičius emphasized the need to lower taxes, also speaking about allowing dual citizenship, promoting mobility of labor force within Lithuania and opening of the labor market.

Related articles
Lithuanian favourites surfacing: “Farmers” may have a plan B
Dargis says won't run for Lithuanian president next year

The MEP is one of the founders of the Liberal Movement and the party's first leader. He was also Lithuania's senior negotiator in the accession talks with the European Union.

Lithuania's presidential election will take place in May of 2019.

Lithuanian Liberals to choose their presidential candidate from among 7 members

The opposition Lithuanian Liberal Movement is choosing is candidate to run for Lithuanian president...