Elta EN
aA
As Lithuania marks the 25th anniversary of the tragic events of 13 January 1991 and Freedom Defenders Day, President Dalia Grybauskaitė has emphasised that a quarter of a century ago Lithuania achieved one of its biggest victories which also was an unforgettable historic lesson demonstrating that independence and freedom can only be defended if people are united.
Sekite svarbiausias naujienas socialiniuose tinkluose! 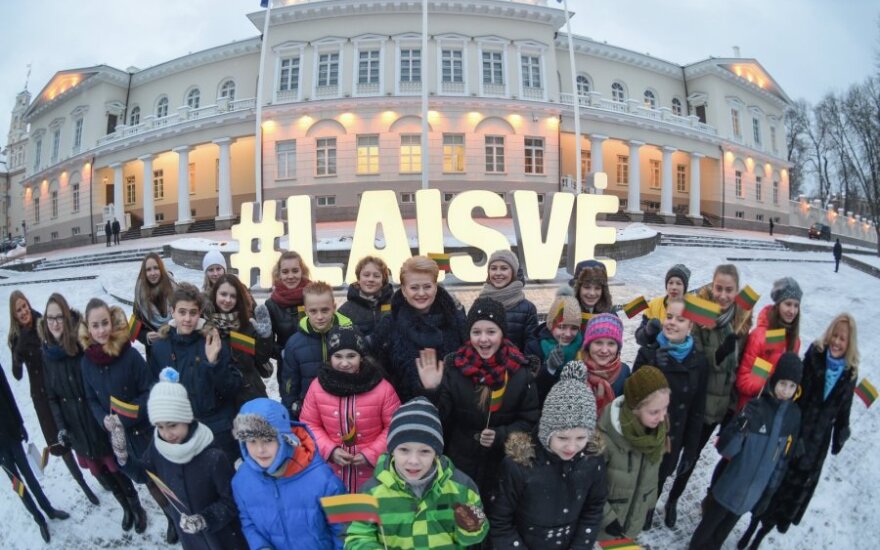 "The imperial power surrendered, armoured vehicles and tanks retreated. Let this victory be an inexhaustible source of our inspiration to defend, love and create Lithuania," Grybauskaitė's message read.

On Wednesday morning, at the Presidential Palace, the president joined a civic campaign Memory is Alive through Testimony and lit a candle in commemoration of freedom defenders. Together with 25 schoolchildren from the January 13th School the president lit a sign #Laisve (freedom) in the Daukantas Square.

The is attending a solemn session of the Seimas marking the Freedom Defenders Day, the national flag hoisting ceremony in the Independence Square and paying respects to the victims of 13 January events in Antakalnis cemetery.

"The 13th of January is the day when Lithuania defended its freedom. Our nation has proved that the spirit of freedom and unity cannot be destroyed even by the most powerful tanks. Thus it is crucial that we use the gift of freedom every day by creating Lithuania's future and wellbeing," the head of state said.

According to the president, a quarter of a century has passed since 13 January 1991 and a new generation of people grew up, a generation of independent Lithuanians, who will have to pass on that belief in freedom to future generations. Grybauskaitė added that this commitment was gifted to every Lithuanian citizen by our freedom defenders.

The sign #Laisve (freedom) erected in the Daukantas Square outside the Presidential Palace is 1.8 metres high and over 8 metres long. The sign is made of metal and white plastic and will be lit for two weeks.

President Grybauskaitė invited residents and guests of Vilnius to take selfies with the sign and post messages on social media using the hashtag Laisve and describe what freedom and independence means to them.

The day of the Defenders of Freedom was commemorated in Lithuania on Tuesday to honour January 13 ,...