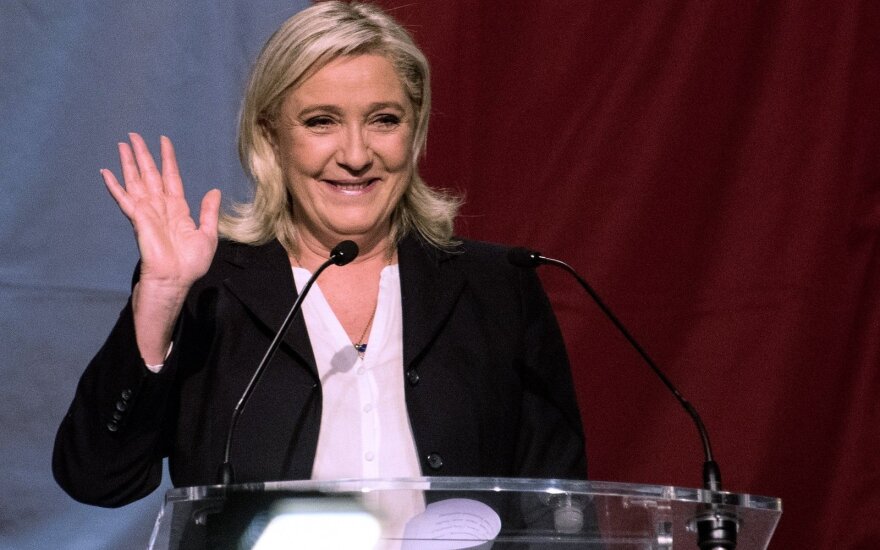 "Yes, Lithuania should be worried like all other members of European Union, because if she is elected, it would mean the end of EU," Heisbourg, the head of the International Institute for Strategic Studies, said in an interview to BNS Lithuania during the Snow Meeting of international security policy experts.

In his words, Le Pen, as president, would organize a referendum on France's exit from the EU: "If that happens, there is a very little chance of EU surviving."

"That would open many opportunities for playing one power against the other by outside powers: Russia, China and the US," Heisbourg added.

Related articles
Rights of Lithuanians after Brexit must be ensured - EU negotiator
MEP Auštrevičius - The EU and NATO: Finally on the same path

Le Pen is considered the most likely candidate for the French presidential post along with center-left candidate Emmanuel Macron and conservative Francois Fillon.

Nevertheless, Heisbourg expressed hope that Le Pen will not be elected.

"The French have this particular attitude, which is that we tend to do the opposite of what people expect us to do. They expect the victory of Le Pen and they may get the most left -wing government in Europe. Not as left as current President (Francois) Hollande's but certainly to the left of center," said the expert.

The French presidential elections are timed for this spring.

Rights of Lithuanians after Brexit must be ensured - EU negotiator

US analyst: Lithuanian-Russian relations give new meaning to "the dialogue of the deaf" (2)

Russia is not going to give in to Western pressures and might get even more confrontational,...

Referred to by some as "Europe's last dictatorship," Belarus has long had a complicated relationship...