BNS
aA
The defense lawyer of Yuriy Mel, a Russian citizen arrested in Lithuania and now standing trial for his involvement in the January 1991 bloody crackdown on protesters in Vilnius, calls her client "a victim and hostage" to the Soviet political authorities of that time and describes the case as politicized. 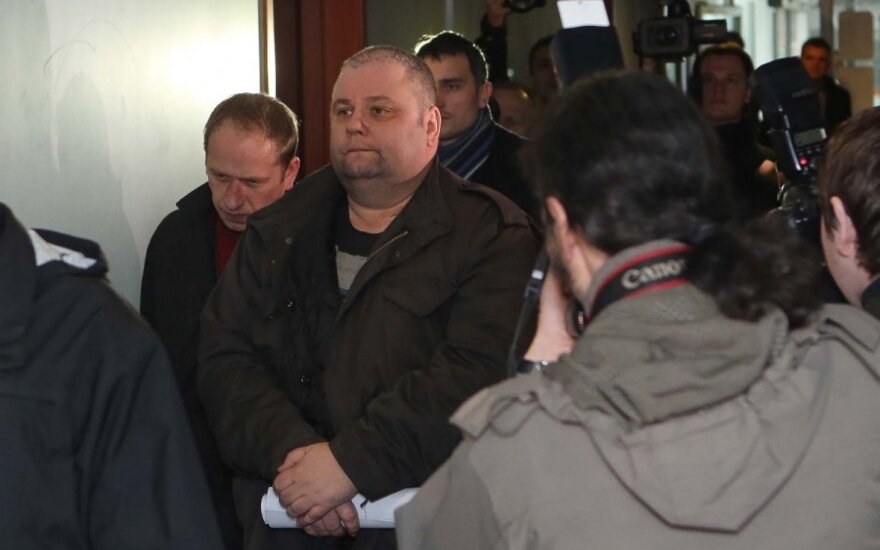 Galina Kardanovskaja on Tuesday made her statement before the Vilnius Regional Court.

Mel has been in detention since his was arrested on Lithuania's border in March 2014.

Prosecutors say that Mel was in a tank that assaulted the Vilnius TV tower on January 13 and ask the court to find the man guilty of war crimes and crimes against humanity and sentence him to 16 years in prison.

"After examining the case materials and analyzing the legal norms, I believe that the charges are ungrounded and were brought in violation of the fundamental principles of law, that the prosecution must be discontinued (as) no substantiated and reliable evidence was collected", Kardanovskaja told the court.

The lawyer described the case as politicized, saying that an opinion that war criminals are being tried has already been formed among members of the general public.

"The victims sacrificed their lives for independence and freedom. He (Mel) is a victim and hostage to the political authorities. He is not afraid of responsibility, but we must view events as they happened," she said.

Fourteen civilians were killed and hundreds more were wounded when the Soviet troops stormed the TV Tower and the Radio and Television Committee building in Vilnius in the early hours of January 13, 1991

Over 60 people have been charged with crimes against humanity and war crimes in the case. Most of them are tried in absentia.

Prosecutors demand that Dmitry Yazov, the Soviet Union's last defense minister, and some officers are imprisoned for life for their role the crackdown.

We have no plans to travel to Russia, Lithuanian judge, prosecutor say

The Lithuanian judges and prosecutors working on the Jan. 13 case downplay Russia 's decision to...