Eglė Samoškaitė
Parašyti
autoriui
aA
A piece of recent news from Russia raised particularly many eyebrows last week. Media reported that the Office of Prosecutor General of the Russian Federation took up to investigate the legitimacy of the independence of the Batlic states. 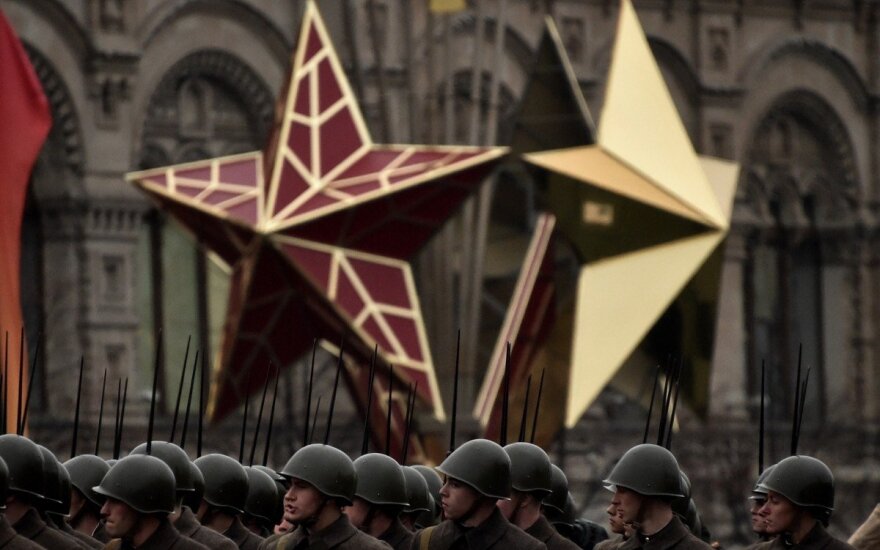 Eyebrows were raised even in the Kremlin. President Vladimir Putin's spokesman Dmitry Peskov soon said the investigation was "hard to understand" and distanced the Kremlin from the initiative. The Prosecutor General's Office, too, said it had no legal merit and was only taken up because prosecutors are obliged to follow up on requests from Duma members.

According to a Lithuanian professor of law, such an enquiry has quite paradoxical implications. If, say, Russia found that the Baltic independence was illegal and tried to refer to the ruling in the international arena, it would acknowledge the fact that it is not a successor to USSR law, but a continuer of the said law.

This would mean that Russia would take full responsibility for the occupation of the Baltic states, something it strongly denied up until now.

But let’s start from the beginning. The act of Re-Establishment of the State of Lithuania was signed and adopted on 11 March 1990.

The Soviet Union recognized Lithuanian independence on 6 September 1991, after a failed coup in Moscow.

At that time, 57 countries had already acknowledged Lithuania's independence.

Even so, on June this year two members of the Russian State Duma, Yevgeny Fyodorov and Anton Romanov, representing the United Russia political party of President Vladimir Putin, sent a letter to Russia’s prosecutor general’s office. The letter contained a request to investigate the lawfulness of the State Council of the USSR which “inflicted great harm to the sovereignty, safety and defence of the country”. They were also outraged that the State Council of the USSR accepted the independence of the Baltic states.

The Russian Prosecutor General‘s Office announced that it would investigate whether or not the State Council of the Soviet Union was a legitimate state institution.

What would happen if the Russian Prosecutor‘s Office ruled that the State Council of the USSR was founded unlawfully?

According to Justinas Žilinskas, professor of international and EU law at Mykolas Romeris University in Vilnius, absolutely nothing.

“In my mind, there would be no legal consequences for Lithuania, because the independence of Lithuania and the Baltic states is not a matter of the State Council of the USSR, but a matter of international law. Lithuania didn‘t secede from the Soviet Union, it re-established its independence, which was lost because of the annexation and occupation in 1940," Mr. Žilinskas said. 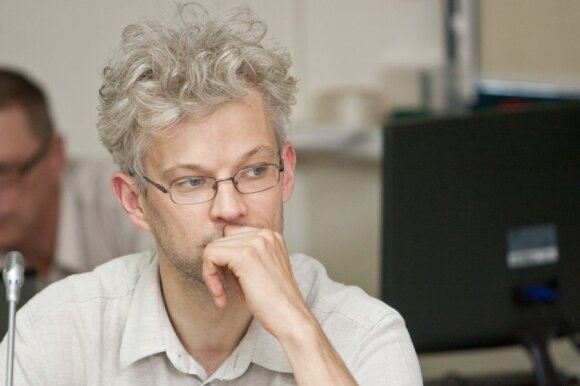 “What the USSR institutions were doing is their own internal matter. They were deciding over something that had already happened – the independence was already re-established, and the USSR had to make a decision of their own, and so they did,” the professor added.

According to him, it would be the same if a bandit were holding a person against their will in a flat and then, after the prisoner had escaped, the bandit would say that because of the prisoner’s long confinement, he had become a slave. In this case, the prisoner would need some sort of special permission to escape.

“I think that the Russian Prosecutor General’s Office is doing something similar to a expert-historical examination on the activities of Soviet institutions during its demise. Furthermore, the USSR as well as the State Council of the USSR do not exist anymore, and haven't existed for a long time,” the law professor states.

Mr. Žilinskas goes on to highlight that even if the Russian Prosecutor General's Office were to announce that the State Council of the USSR acted illegitimately, it would not have any influence on neither the independence of Lithuania or the international treaties with Russia.

“That is, unless Russia decides to denounce all international agreements, terminate all political relations and start a circus based on this hypothetical decision. Formally, Russia is in its right as a country to do so, but it should not forget that every international agreement has terms for denunciation, it’s not a straightforward procedure,” Mr. Žilinskas says.

Lastly, the professor notes that international treaties matter very little to Russia and its predecessor, the USSR. International treaties did not have significance for Russia when it decided to occupy its neighbours in 1939-1940, or to start a war in Ukraine in more recent years.

Still, there is one very important aspect, according to the professor. If Russia tried to refer to the results of this “examination” in the international arena, it would acknowledge the fact that it is not a successor to the USSR law, but a continuer of the said law. In other words, the Russian Federation and the Soviet Union would appear to be the same subject of international law.

“Up until now, Russia has denied this fact feverishly, because acknowledging the fact that Russia is continuing USSR law would mean that both the USSR and the Russian Federation of today are responsible for the occupation of the Baltic states,” Mr. Žilinskas says.

“Analogous to the request on Crimea”

The fact that the Prosecution General’s Office started the investigation requested by the two members of the Russian State Duma was reported by a source of Interfax that is close to the situation.

“The decision to acknowledge the independence of the Baltic states is legally detrimental, because it was made by a non-constitutional body,” the source commented on the State Duma member’s request. According to the source, the answer to this request will be “analogous to the request on Crimea”.

“The Russian prosecutors simply stated the fact that decision to transfer Crimea to Ukraine during Nikita Khrushchev’s rule was made on unconstitutional basis, as the decision was made by unauthorized authorities,” the source explained.

According to the source, “the circumstances of today make it so that there isn’t a body of authority that could cancel this decision”.

“But there is no need for cancelation. Crimea is now part of Russia, which makes this issue a political one,” the source said.

Russia 's Prosecutor General's Office has opened an investigation into the legitimacy of the...