Launch of game that resonates throughout the world: become liar to find truth

DELFI EN
aA
The creators of fake news have been finding more and more original forms of disseminating misleading content, but this time the truth has overtaken them. Research has shown that a game developed by the Dutch company DROG, in collaboration with the University of Cambridge, significantly increases the resistance to disinformation in just 15 minutes. Debunk.eu is introducing the Lithuanian version of the game.
Sekite svarbiausias naujienas socialiniuose tinkluose! 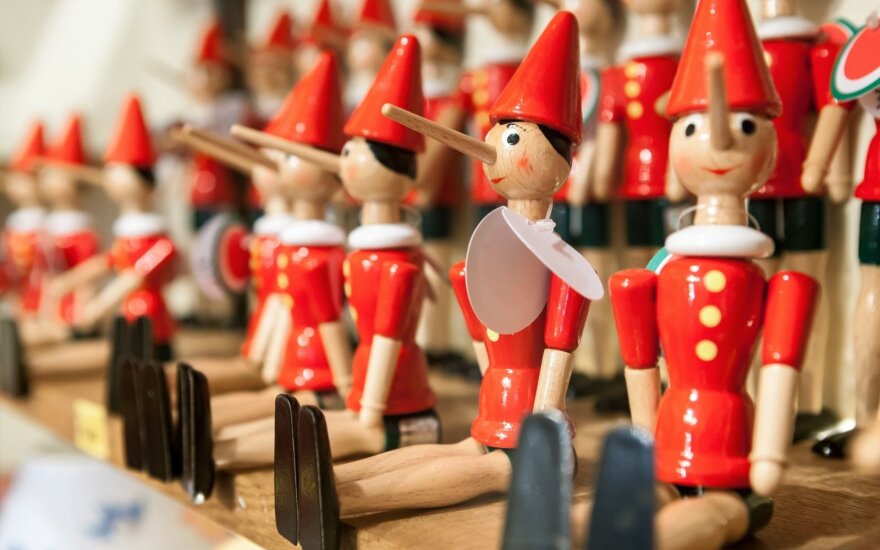 In Lithuania, the Bad News game is being introduced by the initiative Debunk.eu, which unites representatives of the media, society and the state to fight against propaganda and fake news. Viktoras Daukšas, Head of the initiative, commented that the long-term solution is to educate the public on how to recognise fake news techniques. Learning through a game creates an interesting and engaging way to resist the flow of fake news, and the excellent results shown in a research study have prompted the adaptation of the game to a Lithuanian audience.

“While playing the game, you are taught six commonly used disinformation techniques, which include impersonation, emotion, confrontation, conspiracy, discrediting and trolling. The game is played through a troll’s point of view. This means you have to make a lot of unethical decisions in order to increase your popularity and number of followers. The results of a Cambridge study have shown that introducing people to these techniques makes it easier for them to recognise fake information. First, we decided to introduce the game in Lithuania, and we will later include the other Baltic countries – Latvia and Estonia,” said Mr Daukšas.

During the game, the player has to pretend to be a fake news creator and try out the most popular ways of creating disinformation. The goal is to gain as many followers as possible without losing credibility. A player who completes the tasks correctly is awarded a badge that reflects a certain direction of the disinformation. In total, six badges can be collected during the game. The badges are based in part on a report by the NATO Strategic Communication and Competence Centre (NATO StratCom CoE) Digital Hydra: Security Implications of False Information Online, which details various disinformation techniques.

The user becomes invested in the game by looking for ways to convincingly create disinformation, and therefore remembers the properties of different techniques and the impact they have. Experiencing the process of creating fake news increases the likelihood of correctly identifying such news in real life.

“To make the game more interesting, the cases in the game will be localised. The game will differ from the English version, in that it will contain cases of disinformation from the Baltic countries. We are striving to keep the contents of the game familiar to the players, so we are adapting its content by selecting cases of disinformation that have already been exposed in the media,” elaborated the Head of Debunk.eu on the project details.

Vytautas Benokraitis, Head of Delfi Lietuva, also believes that the game is successful in combating disinformation and fake news, and sees it as a continuation of the fight against fake news in the context of the news portal.

“For the past three years, Delfi has devoted a lot of resources and invested in the fight against fake news. We started working with Debunk.eu after founding Lie Detector (Lith. Melo Detektorius), when we became members of an international fact-checking network, and we are involved with the Facebook tool that helps reduce fake content on social networks. This game is another step in our fight against propaganda and fake news, only in a different form – one that is more entertaining and playful,” Mr Benokraitis said.

Bad News has already been tried by millions of users around the world, and a study by the University of Cambridge with15,000 participants revealed some unexpected results. Playing a fifteen-minute game, in which the player is urged to empathise with the role of a fake news creator and to manipulate the feelings of some virtual readers in order to gather as many followers as possible, reduced the players’ trust in disinformation by 21%, making it easier for them to distinguish between real news and fake information.

Since studies have shown that lies spread in the online space faster than the truth, and that texts that expose propaganda generally do not reach all the users affected by it, the game works like a vaccine against incorrect information. After completing the game and earning all the virtual Creator of Lies badges, the user becomes more resilient and better informed, so that player is no longer so gullible when encountering fake narratives in the real world.

Try the game for yourself by clicking the link HERE.