BNS EN
aA
Lithuanian Prime Minister Saulius Skvernelis says that economic reasons could be behind Latvia's apparent reluctance to take a tougher stance toward the Astravyets nuclear power plant that Belarus is building close to its border with Lithuania. 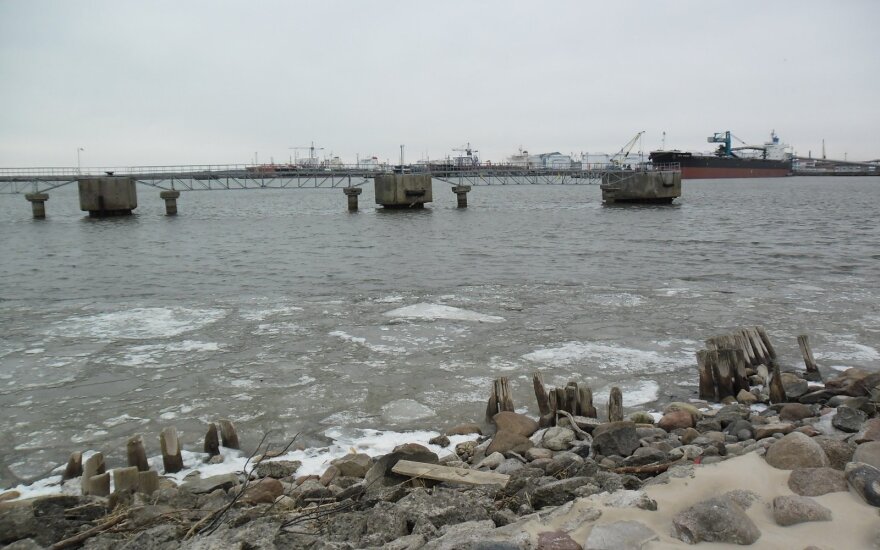 Skvernelis does not rule out the possibility that Latvia does not want to anger Minsk as it seeks to attract Belarusian cargoes that are now shipped via Lithuania.

"In light of that process our bothers (Latvians) our doing today and those pragmatic considerations, this version (that Latvia wants Belarusian cargoes) does have grounds," he said during a LRT television program on Monday evening.

Skvernelis said that the Astravyets project would be a test for the Baltic unity, with Lithuania and Estonia agreeing to block electricity imports from the facility and Latvia not planning to make such steps.

However, the Lithuanian prime minister added that a friendly position toward Belarus would not necessarily mean new cargoes for Latvia's Ventspils port.

"I certainly would not want to see Latvians sacrificing really serious solidarity, responsibility decisions for some purely economic benefit. In the first place, it is not clear whether there will be some benefit and whether this will have an impact on the Belarusian government's decision and whether goods will really be shipped twice the distance just to punish Lithuania. This is also a stress-test for the Baltic states in terms of our unity," he said.

Latvian Foreign Minister Edgars Rinkevics said in an interview with BNS in mid-January that Latvia backed Lithuania's position to insist on the highest safety standards at the Astravyets plant, but he added that is country was not considering restricting electricity imports from the facility under construction just 50 kilometers from Vilnius.

The minister also said that discussions over the Astravyets project had become a domestic policy issue in Lithuania.

Belarus is building two nuclear reactors of 1,200 megawatts each in Astravyets, with the first unit planned to be switched on in 2019 and the second one in 2020.

Lithuania says that Belarus fails to follow safety standards and international environmental requirements in building the plant, but Minsk rejects the criticism as unfounded.

Stopping the construction of the Astravyets nuclear power plant in Belarus through legal means is...

The Astravyets nuclear power plant under construction in Belarus , not far from the border with...