Latvian banks under pressure from US to curb money laundering

(1)
Re:Baltica
aA
Will pressure from the United States, fear of losing the last dollar correspondent account, and an impending vote on admission into the OECD finally force Latvia to curb the laundering of dirty money for shady figures from the former Soviet Union via Latvia’s non-resident banks? 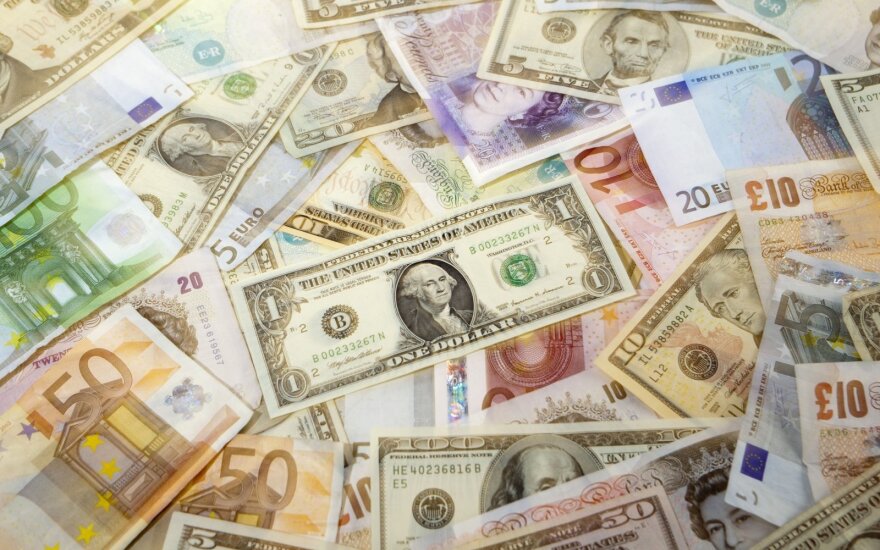 Last autumn, two heads of influential security committees of the Latvian parliament had a rather unpleasant conversation with a high-ranking Treasury official in Washington.

“Although your country is small, and your administration is small, the amount of dollars going through your financial system is one per cent of all U.S. dollar transactions in the world. That’s hundreds and hundreds of millions. You must be able to control it. How you do it is up to you,” Ainārs Latkovskis, head of the Latvia's parliamentary Defense Committee, said in an interview with Re:Baltica, recounting a conversation with Treasury's Assistant Secretary for Terrorist Financing Daniel Glaser.

A similar message awaited Latkovskis and Solvita Āboltiņa, head of the National Security Committee at the Department of State. The need to finally start seriously clamping down on the stream of dirty millions flowing through Latvia, mostly from the former Soviet Union, was constantly mentioned by the new U.S. ambassador in each of her introductory visits to Riga. It was also brought to the attention of Latvia’s Minister of Foreign Affairs by close associates of the U.S. Secretary of State.

In January, 2016, the subject was raised in the U.S. Congress. When speaking about the $1 billion stolen from Moldova and the three Latvian banks, Congresswoman Sheila Jackson Lee said: “These banks appear to be financial institutions controlled by associates and friends of Russian President Vladimir Putin who have a demonstrated history of plundering the national treasuries of the former CIS countries.” She called upon the White House and Congress to investigate whether the funds end up in the hands of terrorist organisations.

The risk now is for the country to be slapped in the face with a “no” from the Organisation for Economic Co-operation and Development (OECD) which Latvia is eager to join, as well as the possibility of losing its last dollar correspondent account in a western financial institution that’s still cooperating with Latvian banks. Pressure from the U.S. Has helped the political elite and the banking supervisor of Latvia to suddenly wake up from their lethargy.

Ten years ago, similar pressure from the U.S. on Latvia to get its act together ended in two banks being locked out of the U.S. financial market (VEF banka had its license revoked, Multibanka underwent several changes of ownership and names, but until the EU/US sanctions on Russia were imposed, they were controlled by the Rotenberg brothers, childhood friends of Vladimir Putin).

In 2005, promises were made to clean up the banking sector and laws were altered to demand that banks identify owners of offshore accounts. Aigars Kalvītis, then Prime Minister, criticized the prosecutor’s office and created a special council to oversee developments, with himself as the head. The structure last met two years ago, in February 2014.

Ten years later, Latvian banks appear to be laundering intermediaries in high-visibility cases involving former Soviet Union countries. Latvian banks transferred dollars defrauded from the Russian state budget that were investigated by Hermitage Capital lawyer Sergey Magnitsky, who later died in prison. They transferred the dollars of Serhiy Kurchenko, a self-declared billionaire and associate of Viktor Yanukovych, the overthrown President of Ukraine who Ukrainian law enforcement is chasing around the world. The illegal procurements of “Russian Railways”, which were exposed by a Reuters investigation, also went through Latvian banks.

The latest scandal is the billion siphoned out of three Moldovan banks.
The political elite of Latvia did nothing but looked on – as did the bank regulator (FCMC). Out of almost 150 employees in the banking regulator just 3 – 5 people were directly tasked with fighting money laundering.

Before May 2014, the largest fine the regulator could impose on a bank was EUR 142 000: a small risk compared to the banks' profits. Neither the FCMC nor the lawmakers proposed to increase it. Much larger fines – up to 10% of a bank’s net revenue (which would realistically be from 450,000 euros up to 18.5 million euros) – were only introduced because the EU adopted such a law. Only after this law did it become mandatory to name banks that were punished by the regulator. Previously, the regulator claimed financial stability would be threatened if people knew which banks were fined.

Action on the Moldovan question began towards the end of 2015. First, Privatbank was fined a record sum for its role in the theft of the billion dollars from Moldova. In January 2016, the regulator imposed significant restrictions on Trasta komercbanka, prohibiting its existing clients from making transactions with amounts exceeding 100,000 euros (both banks deny any wrongdoing). This move was followed by the resignation of Kristaps Zakulis, head of the regulator. If he hadn’t left voluntarily, the Minister of Finance and the head of the Bank of Latvia were ready to seek his removal in parliament.

Riga’s political elite were seized by fear that the flexible attitude towards money laundering could be a reason to reject Latvia’s bid to join the OECD. Another possible risk feared by the Bank of Latvia was the closing of the U.S. dollar correspondent account with “Deutsche Bank” – the last western credit institution that still cooperates with Latvian banks (DB declined to comment).

The former would be a smack in the face of the international reputation of the country. The latter – a blow to the non-resident bank business model, as intermediaries in Asia or elsewhere would have to be involved. That would slow down business and make it more expensive.