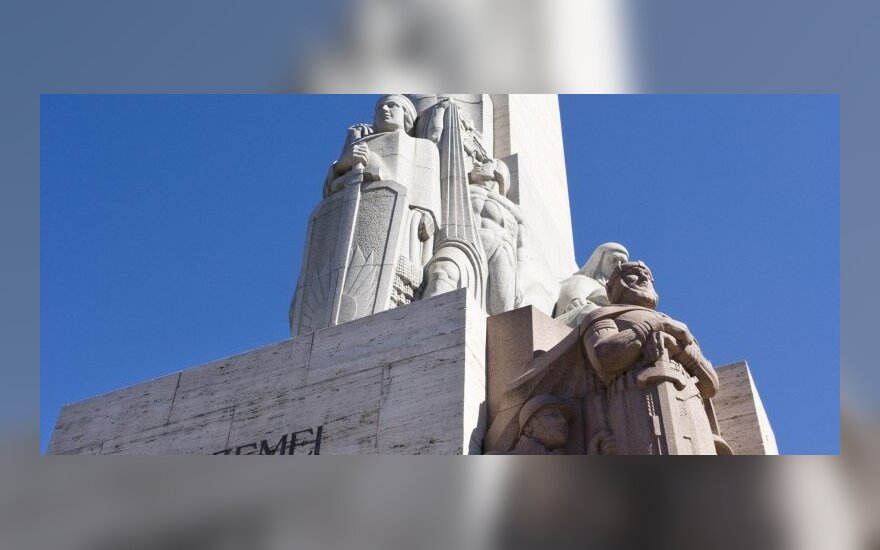 This law was adopted "in accordance with responsibility before the people, considering the declaration of 4 May 1990 results of the All-Latvian people’s survey of 3 March 1991 and the fact that the USSR ceased to exists on 19 August 1991 as a result of a coup d'état, which meant the end of the USSR’s constitutional state power and institutions. This, however, also meant there was no longer any other way to realize Point 9 of the 4 May 1990 declaration on the long way towards restoring the independence of the Republic of Latvia."

Considering all this, the Supreme Council decided on 21 August 1991 that Latvia was an independent and democratic republic, the state power of which belonged to the Latvian people and whose governmental status was dictated by the Constitution of the Republic of Latvia of 15 February 1922. Point 5 of the 4 May 1990 declaration that dictated the transition period for the de facto restoration of independence of the Republic of Latvia was hence recognized as void.

The constitutional law, which came into force the moment it was signed, stated that the Supreme Council would serve as the highest state power and administration institution in the Republic of Latvia until the country was no longer occupied and under the annexation of the USSR. The law also specifically stated that only the authority of the highest state institutions, laws and decisions made by these bodies were recognized as legitimate in the Republic of Latvia.

The Constitutional Law was signed by Chairman of the Supreme Council Anatoly Gorbunov and SC Secretary Imants Daudišs.

As it was recounted by the then deputy of the Supreme Council Juris Bojārs in a talk with LETA, the text of the law was written by deputy Andrejs Krastiņš. The law was adopted quickly, with no discussions. "The Soviet Empire was no more; Latvia had to declare its independence as a state. There was nothing to discuss," said Bojārs.

The Constitutional Law "On the Governmental Status of the Republic of Latvia" was adopted by the Supreme Council at 1 PM, 21 August 1991. At 2:10 PM, Soviet troops left the Dome Square. It is likely that they heard the news that the coup in Moscow had failed and authority over the army transferred to the defenders of the Russian Supreme Council.

At 7:45 PM of the same day, Russian forces left the building of Latvian National Television, and at 8:30 PM, they began carrying out iron beds from the Radio Hall. Riga residents who had gathered at the Dome Square bid the departing Soviet soldiers farewell, singing "Projām jāiet, projām jāiet, es nevaru šeit palikt!" (Have to go, have to go, I cannot stay here!)