LT Daily, media brief
aA
The first ship with a 13.6 metre draft has left Klaipėda port after the deepening of the port led to the adoption of a new 13.8 metre limit for ships. 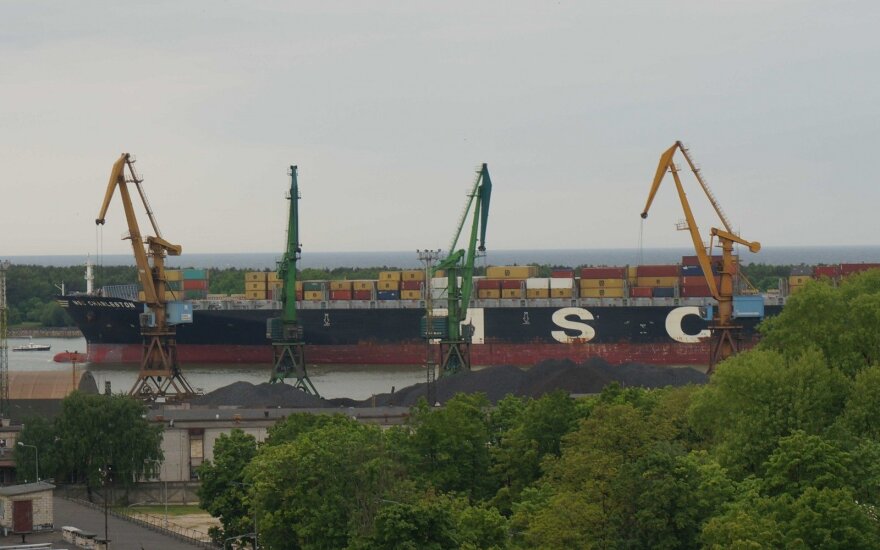 “Every centimetre of the port‘s depth is very important because it allows us to generate more cargo. In this case, an opportunity to significantly load vessels more fully, which makes the port more attractive to our partners, reduces the cost of the logistical chain. At the same time, it increases the returns to the state from our investments made in infrastructure,” said the Klaipėda State Seaport Authority Director General Arvydas Vaitkus.

Recent dredging works outside the shipping channel and the northern part of the inner channel allows to gets shipping companies to get bigger loads on to the ships, writes portofklaipeda.lt

Until now, the maximum draft allowed at the port was 13.4 metres.

“Increased allowable draft is one of the major changes in the port of Klaipėda this year, a step forward in order to load more cargo to Panamax ships. At the same time it is an opportunity to keep increasing Lithuania transit cargo flows,” said Audrius Pauža, the head of the stevedoring company KLASCO.

“I am glad that the ship has left the KLASCO, this is a stimulus, to mobilize the forces with the Port Authority in other steps towards attracting more bulk cargo, because the storage capacity allows it,” said Pauža.

More than €1 million worth of dredging works to the 15.5 metre depth on an offshore shipping channel were finished at the beginning of March.

This is the first important step in the port of Klaipėda to reaching a 17 metre depth. It is estimated that one ton of cargo adds €17.80 to the state budget.

The City of Klaipėda is auctioning several dozen land plots for lease this year in order to attract...

The works to deepen the Klaipėda sea port offshore shipping channel to accommodate bigger ships at...

The Port of Klaipėda is concluding a deal with a shipping company that will offer passenger ferry...

Russian carriers are continuing to use the port of Klaipėda after receiving a small number of...

Plans to build an 800-million-euro outer port in Melnragė , a seaside neighborhood of Klaipėda ,...