BNS EN
aA
MP Gabrielius Landsbergis who has been re-elected as the leader of the Homeland Union – Lithuanian Christian Democrats, the country's largest opposition force, says he did not expect the significant victory, pledging to unite the conservative community and make it more open to the public. 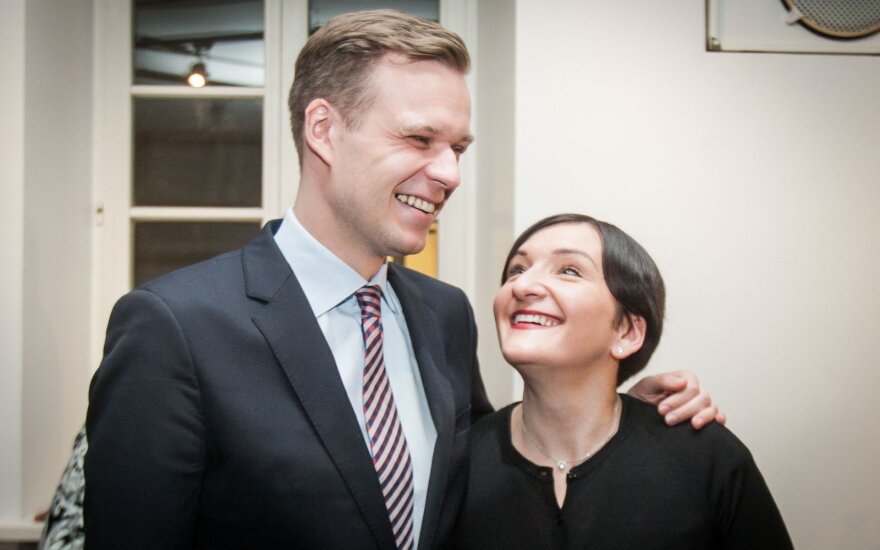 "I see this as a huge credit of confidence granted by our community for further renovation, further opening of the party and past work. This is a sign of appreciation of the past two years of work," Landsbergis, 35, told BNS after publishing of results on Sunday.

"I can say that I truly did not expect this. (…) Three persons with youthful visions, ability to unite people just as well, the competition seemed to be very strong. I truly did not hope to have one round only," said Landsbergis who secured 5,539 votes or 62 percent of the vote in direct elections on Sunday.

The turnout at the elections was 8,987 or 57.83 percent of eligible voters of the conservative party.

In his words, a higher degree of openness is one of the main changes the party will see.

"I believe that one of the specific things is that we should open up and become a more open community. A very specific manifestation of this is the open elections. This means that other important internal votes that are important to the party should be held by way of inviting not just party members but also people from outside the party. This is the case in France or the United States of America. Let's say, the Homeland Union supports one candidate for president, and picking the candidate to support will be a task for not just members of the Homeland Union but also the rest of the society, as this is an issue of importance to more than just the community," Landsbergis told BNS.

This is the first time the conservatives picked a leader for four years. Up until now, the term was two years. Landsbergis was first elected to lead the party in April of 2015.

On March 4, the party will hold a congress to give mandate to the new leader.