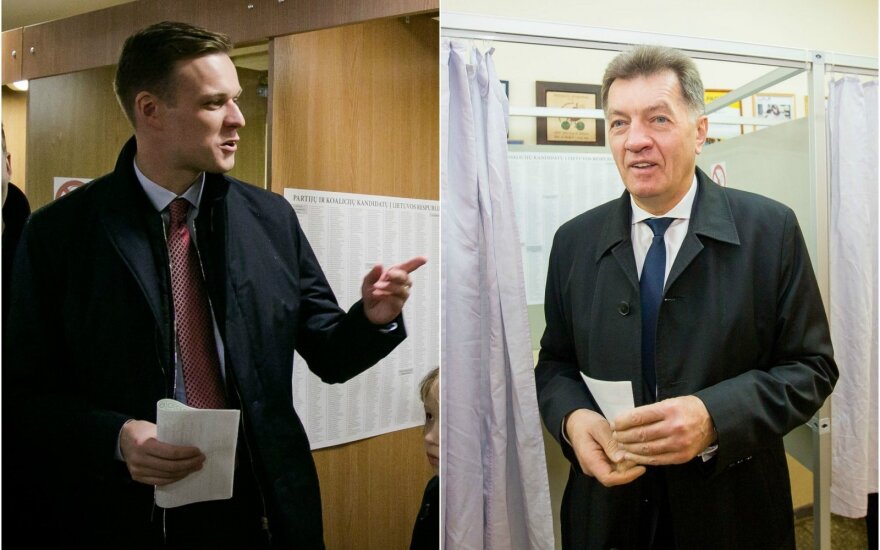 "The way I see it, it is is a fiasco for three parties. Lithuania's society in cities, rural areas and small towns has said that it no longer wants a criminal coalition. The people no longer want lack of transparency, they do not want grammar mistakes left by Education Minister Audronė Pitrenienė. It is a total wipe-out – and a new start," Landsbergis told BNS after results indicated that the Labor Party would not cross the five-percent threshold to win mandates in multi-member voting.

According to preliminary results, the Lithuanian Peasant and Green Union leads the polls with 22.6 percent and projected 20 mandates, just ahead of the conservatives with 22.4 percent and 19 mandates. The Social Democratic Party, which was the core of the ruling bloc in the 2012-2016 term, came in third with 15 percent of the vote and 13 expected mandates.

Landsbergis emphasized that the election result sent a signal to other parties about the need for change. In his words, parties that avoid inner changes will find it increasingly difficult to persuade voters into supporting them.

"It is very hard to persuade, especially the younger generation, which comes and stands in line for three hours to cast votes," said the conservatives' leader.