(4)
LT Daily, DELFI
aA
Vytautas Landsbergis, Lithuania's first post-communist head of state, received an award on Wednesday in recognition of his contribution to the country's freedom. The award was presented by several non-governmental organizations, after the Seimas snubbed Landsbergis for its annual Freedom Prize. 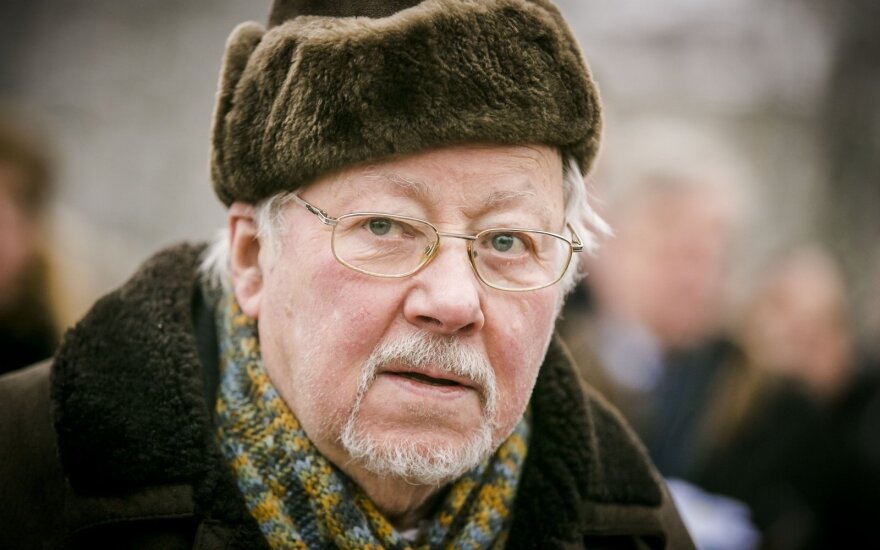 "We must speak more often about what freedom is, so that we understand and young people understand it. These are very tangible things. I was speaking to a 14-year-old and asked him: would you like if they told you at school what you should say about Lithuania and other countries and their leaders, and if you talk wrong, then you'll get a bad mark or your parents will be punished? It's incomprehensible for kids of that age - and that's what freedom is," Landsbergis said accepting the Freedom Sign.

The award, initiated by 20 non-governmental organizations, is an alternative to the Freedom Prize, presented annually by the Lithuanian Parliament on January 13.

Landsbergis was nominated for the award, presented to leaders and activists for advancing democracy and human rights in Central-Eastern Europe, but the proposal was voted down by the Seimas.

The crowd of some 300 people, present at Wednesday's ceremony, shouted "Shame" when announcers reminded the audience of the snub.

In an address at the Seimas, Priest Robertas Grigas deplored the fact that the parliament failed to present the Freedom Prize to Landsbergis.

"I do not mean to insult you, but it was a lamentable decision by the Seimas majority not to give this year's Freedom Prize to Landsbergis," Grigas, himself a participant in Lithuania's freedom struggle, said. "[By doing this] you did not insult Professor Landsbergis or take from his contribution to freedom; [but] you spoiled the 25th anniversary of January 13 for Lithuania."

The statement was greeted with applause.

Grigas added that Landsbergis was "not a saint" but that his contribution to Lithuania's statehood will be remembered in history textbooks.

Landsbergis chaired the Supreme Council meeting on March 11, 1990, when Lithuania declared independence from the Soviet Union.

On January 13, Lithuania marks the Freedom Defenders' Day, the 25th anniversary since events in January 1991 when Soviet forces tried to crush the country's independence movement. Fourteen peaceful demonstrators who came to defend the parliament building and TV Tower in Vilnius against Soviet forces were killed and hundreds injured.

As Lithuania marks the 25th anniversary of the tragic events of 13 January 1991 and Freedom...

The day of the Defenders of Freedom was commemorated in Lithuania on Tuesday to honour January 13 ,...

Vytautas Landsbergis , the first head of state of Lithuania after secession from the Soviet Union in...