BNS
aA
Lithuania's first post-independence leader Vytautas Landsbergis says he had no intention to offend the Jewish Community of Lithuania with his words and only wanted to remind the people inciting anti-Semitic moods about the roots of the Catholic religion.
Sekite svarbiausias naujienas socialiniuose tinkluose! 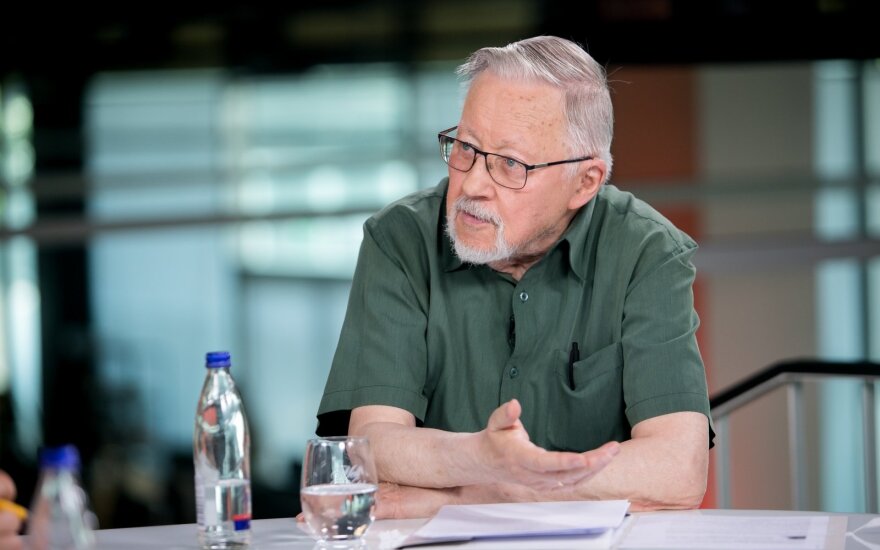 Landsbergis says Faina Kukliansky, chair of the Jewish Community of Lithuania, "has no clue what she's doing" after she responded to the word "Jew-girl".

"My goal was to warn stupid Lithuanians who are provoked by anti-Jewish statements that they should not forget the simple thing that the very mother of God was Jewish. And that's it. But when people cannot read two words, they read only one, and I am surprised by the illiteracy," Landsbergis told BNS Lithuania.

He refrained from commenting on the Jewish community leadership's actions "and whatever the goals of those actions are".

"But their results are definitely raising tensions. Why? I don't think it’s the whole community, I see only one person's failure to understand. As Simasius had no clue what he's doing, so perhaps Mrs. Kukliansky now has no clue what she's doing," he added.

Landsbergis also believes the anti-Semitic moods and public opposition were sparked by the Vilnius authorities and Mayor Remigijus Simasius' decisions to remove the signs of honor for Kazys Skirpa and Jonas Noreika-General Vetra (Storm) who are accused of anti-Semitism but also contributed to Lithuania's freedom fights.

"With no doubt. He had to think what might come out of it," he said.

The Jewish Community of Lithuania said on Tuesday it is closing Vilnius Synagogue and its headquarters for an indeterminate period due to threats and is also asking for additional protection of Suderve Jewish Cemetery in Vilnius against acts of vandalism. 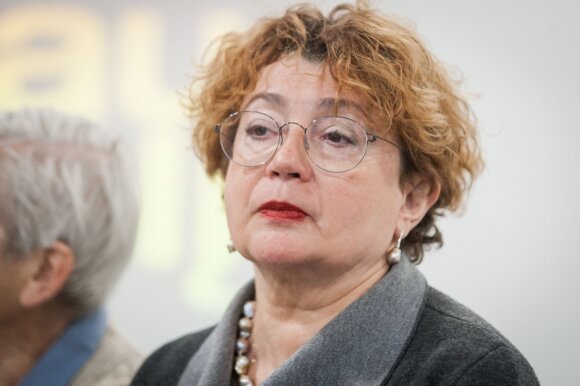 On Wednesday, Kukliansky said she personally and the Jewish community was offended by the use of the word "Jew-girl" in the poem Landsbergis published, irrespective of the context.

Several days ago, in response to the recent public tensions, Landsbergis posted a poem on Facebook, saying that "I would really not want for my fellow nationals to set their minds against Jews after and because of Simasius' eclipse."

He also expressed his expectation that "at least one smart and brave Jew comes out who does not agree with Simasius."

"And I am telling my all Lithuanian brothers, and I have said that for a quarter of the century that they should never forget that the mother of God we all pray to was a saint Jew-girl," Landsbergis ends his poem.

The Jewish Community of Lithuania said on Thursday announced it was reopening its headquarters and...