BNS EN
aA
After suffering a defeat in the October 2016 general elections and having change of leadership, the Labour Party has lost over 1,000 members over the past six months, which is the biggest loss among all political parties of Lithuania. 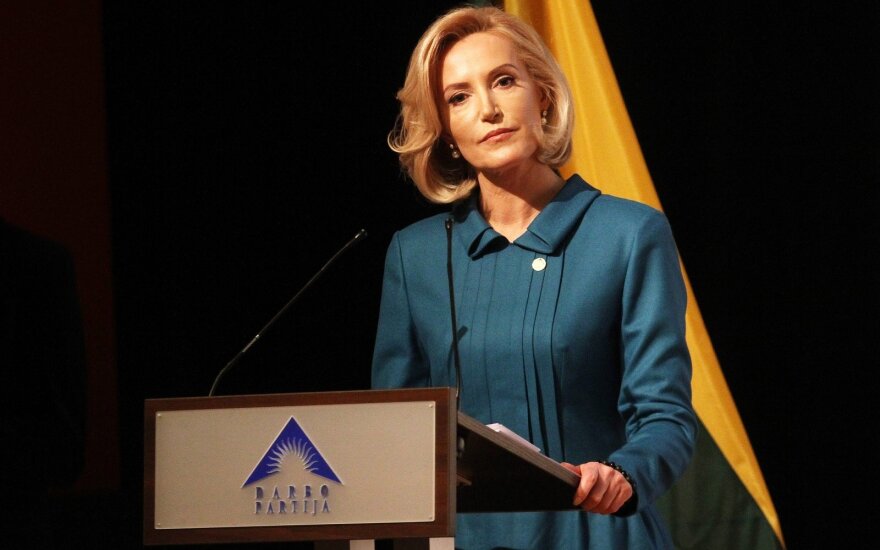 Ingrida Karpuskaiteė, executive secretary of the party, told BNS on Thursday she could not explain the membership decline, as she was not familiar with the situation.

After the party was defeated in the last year's parliamentary elections and election of Širvintos District Mayor Živilė Pinskuvienė as the party's new leader, its former chairman Valentinas Mazuronis along with other influential members, former MPs, vice-ministers and ministers ceased their membership in the organization.

A considerable number of members, over 800, was lost by another underperformer in the 2016 elections, the Social Democratic Party. It declared having 20,389 members in March, down from 21,201 last October.

The Order and Justice party lost more than 400 members and now has 12,464 members, membership of the opposition Homeland Union – Lithuanian Christian Democrats (conservatives) was almost unchanged at almost 15,000 members. The ruling Lithuanian Farmers and Green Union expanded by just over 100 members to the current 3,790. The opposition Liberal Movement now has 7,922 members and the Electoral Action of Poles in Lithuania – Union of Christian Families has 2,182.

According to data provided by the Justice Ministry, the country has 23 parties that meet the requirement to have at least 2,000 members.

Suspicions have been brought against Arūnas Cicėnas , a co-owner of the road marking firm...

Viktoras Aidukas, judge of the Criminal Trials Division at the Supreme Court of Lithuania who has...

What awaits for Order and Justice Party and Labour Party?