LT Daily, LRT
aA
The Labour Party and Order and Justice, two members of Lithuania's current ruling coalition, are parties whose political fortunes are headed for decline, according to analysts. 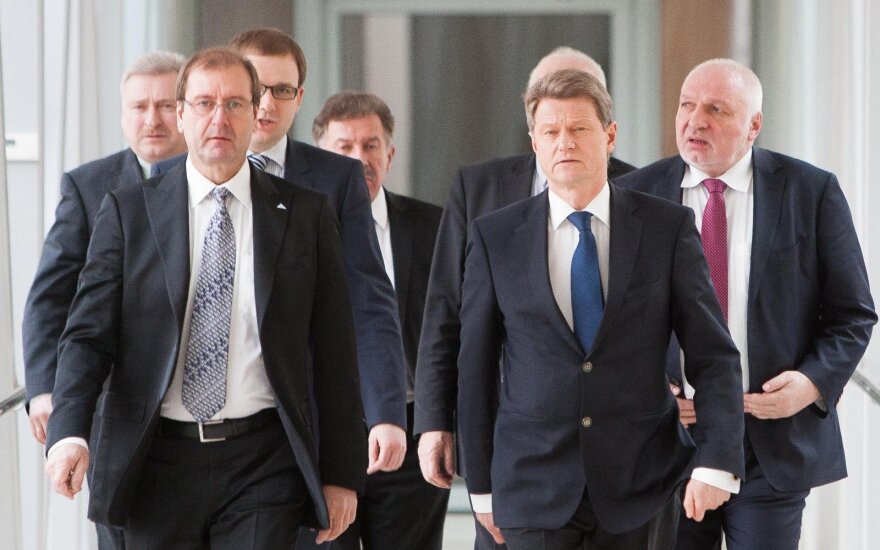 With a combined total of 42 seats after the 2012 elections, the Labour Party and Order and Justice Party were political powers to be reckoned with if the social democrats, the winners of the 2012 elections with 32 seats, wanted to form a government. Four years later, however, things are looking bleaker.

"Judging by poll results, the Labour Party and Order and Justice stand a good chance of clearing the 5% threshold [required to win parliament seats]. They are not likely to repeat the success of the last elections, but they should get some votes and win several seats in parliament. Much will depend on how well-known leaders will do in single-member constituencies," said political scientist Tomas Janeliūnas, professor at Vilnius University.

Vytautas Dumbliauskas, of Mykolas Romeris University, agreed that the two parties would definitely win parliament seats, but would no longer be major political forces. For him, the future of the Labour Party is less clear than that of Order and Justice.

The 2012 elections were a real success for the Labour Party with almost 20% of the vote. It was the surprise winner in multi-member constituencies and only its poorer performance in single-seat constituencies meant that it became the third-biggest parliamentary party, with 29 seats in the 141-seat Seimas.

The less ambitious Order and Justice Party performed well too, securing 7.3% of the vote from its candidate list and nine victories in single-member constituencies. With 13 seats in the Seimas, it is currently the fourth-biggest parliamentary party, ahead of the Liberal Movement.

For Labour, one big uncertainty concerns the party's leadership. Viktor Uspaskich, its founder, long-time leader and, for many, still its face, recently left the party. He is now contesting a guilty court verdict against him in a fraud case which relates to the Labour Party's bookkeeping. Uspaskich said he was leaving the party so that the case against him did not undermine the party’s election performance.

However, several other leaders of the Labour Party have also been named and sentenced in the fraud case, while the party itself avoided prosecution only by merging with its junior sister party.

The current chairman of the Labour Party, Valentinas Mazuronis, is a recent renegade from Order and Justice and has a safe seat in the European Parliament, something he might not be willing to give up to return to Vilnius, said Dumbliauskas. 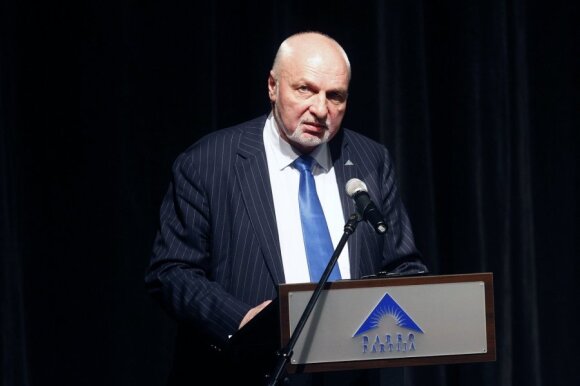 "The Labour Party's case is more complicated, because it's not clear who is going to lead the party's candidate list. As far as I know, there are now discussions about it. I don't think that Valentinas Mazuronis will give up his European Parliament seat. There are talks that Artūras Paulauskas could lead the candidate list, but party members still see this politician as an outsider.

"Still, the Labour Party has its own electorate, some 100,000-150,000 votes they could get even without Viktor Uspaskich," said Dumbliauskas.

Janeliūnas said that the court verdict in Uspaskich's appeal might come before October's elections and will therefore be a significant factor.

"I think this will be the final blow that will usher the party into a new era, whatever that will be. Uspaskich and perhaps some other members from his inner circle will step down and then the entire party will transform itself, the new leader will take on more weight, will be seen as a party leader and not an outsider.

"Alternatively, the party might be given a blow that will kick it out of the circle of consequential parties and it could eventually wither away," Janeliūnas said.

The Order and Justice party has its own leadership problem. As much a one-man party as Labour, Order and Justice is built around the persona of its leader Rolandas Paksas, Lithuania's former president who was impeached. Unfortunately, he is not allowed to run for elected office after the Constitutional Court ruled he cannot give an oath of office having broken one previously.

Although Paksas has successfully challenged his life-long ban from elected office with the European Court of Human Rights, Lithuania has yet to incorporate the ruling into its laws. The last vote in parliament, which would have allowed Paksas to run, failed last December and there is little indication that the issue will be taken up again soon.

Paksas' insistent grip on the party is thought to have been the primary reason why Valentinas Mazuronis, his long-time second-in-command and heir apparent, left Order and Justice to join the Labour Party, taking with him any hope of renewal.

"Paksas' domination is so complete that there is not even a thought that someone else could replace him or that the party could go on without him. It has to do with the very old and powerful myth of Paksas as the dethroned martyr president and this party probably survives thanks to voters who still believe this myth,” said Janeliūnas of Vilnius University.

So far, the Order and Justice party shows no signs of transformation, according to Janeliūnas.

"Order and Justice could expect to receive 6% or 7% of the vote - and that's the best they can hope to attract with their old ideas," Janeliūnas said.