Miglė Valaitienė
aA
The situation in Ukraine is becoming more intense – military conflicts are still going on, and cases of Russian aggression in the country is reported frequently. 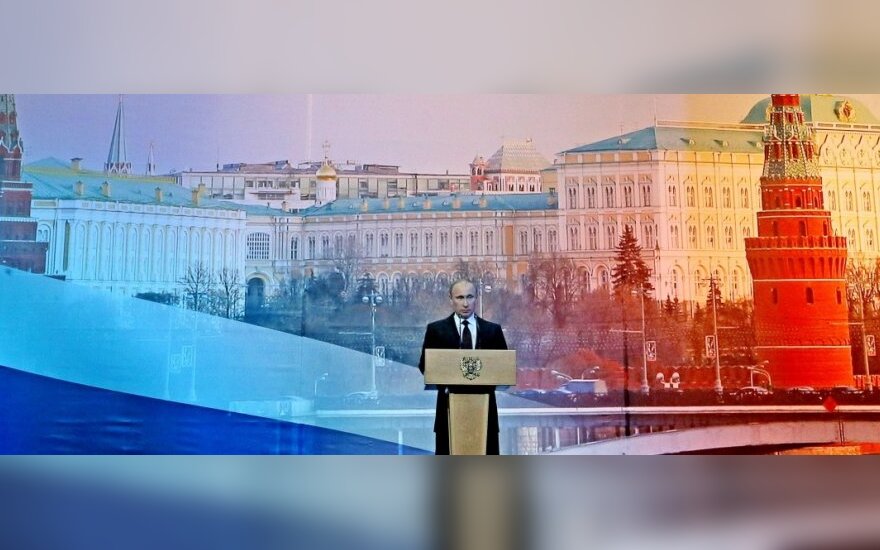 How to assess the current situation and how should Ukraine and the West respond so as to neutralize Russia’s military and information aggression? Professor in Vilnius University’s Institute of International Relations and Political Science, Nerijus Maliukevičius, agreed to talk about these questions.

How would you describe the current situation in Ukraine?

Mostly, it is being continuously made worse by one of the neighbours, which previously claimed to be fraternal with the Ukrainian people. It seems that Putin has decided to enter history books with his campaign, by destroying the sacred union of the Slavic Trifid of Belarus, Ukraine, and Russia. The current events in the east and south of the border (not to mention the annexation of Crimea) are generally not even disguised, but rather open aggression.

We saw some of the obvious examples: from ‘Grado’ shooting at the border, to the videos distributed on social networks by Russian border guards, showing military equipment passing the border. I would say that the situation is really bad, because it is likely that Kremlin and Putin have been preparing for this confrontation for quite some time. The examples that I have mentioned illustrate the decisions that tightened the magnitude of manifestations by the whole Russian society, tightened economic relationships, and created an environment where even Western sanctions are no longer that painful. So there has been preparation for Western sanctions, too.

Sometimes it is difficult to understand who is at war with whom – is it local Russian or professional Russian army. How would you comment on that?

One of the parts of the Kremlin’s strategy is to complicate our understanding. What was the “little green men” strategy based on? The purpose was to disguise the identity and the identification marks so that it were be difficult to link the aggressors with Russia. In my opinion, whenever people say that it is difficult to understand, it is the result of the strategy that the Kremlin is trying to implement. In other words, it is exactly the aim to deliberately disguise Russia and possible links to it while participating in the disguised or hybrid war. 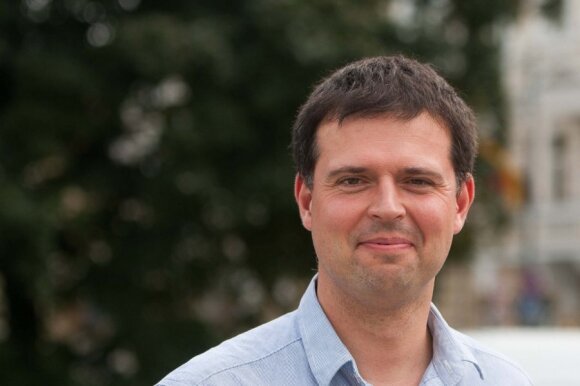 How do you think Ukraine should respond to these military actions?

We should all think how should a country, even Lithuania, react to aggression. Only then would it become clear why the answer is so complicated. If we consider that it is direct or disguised Russian aggression against Ukraine, it would implicate that the aggressor should be confronted, even though it is several times stronger militarily and economically. It seems that the Russian campaign aims to provoke a direct military response from Ukraine. It should be remembered that during the Georgian war in 2008, there were very clear provocations which resulted in Russia bringing more troops into the territory of Georgia. So, it is very difficult to say how Ukraine should respond.

I think that Ukraine should be given even greater support by the West. The response cannot be one-sided, the response from the West is also very important. This is particularly relevant for our country as well, because the next step of Russia could be unpredictable, and no one knows which country could become the next target. So the response should be complex, covering both, the foreign support and inner opposition, starting with the information component.

We see the impact that Russia’s propaganda has done. There needs to be a solution for neutralizing the media aggression. Moreover, Ukraine needs to find a way to use their troops and their National Guard, which has a lot of internal support issues, as we have seen. All countries that face aggression need to deal with these complex defence issues.

What are the methods for defence in information warfare?

The easiest way to understand it is by using an analogy with energy security issues. We all realise that Russia uses energy resources in an aggressive manner, as a political tool. There were some steps taken towards complex energy security – an essential antidote was to be the diversification of sources, i.e. the theory of the society and the state not “hung up” on one energy source, it is necessary to look for alternatives.

So, in terms of information security, we can apply the same analogy. The security dilemma occurs when a society, or parts of it, is “hung up” on a single source of information, that is, Russian state-run channels which, in the Ukrainian context, broadcast aggressive and manipulative propaganda instead of news.

In this situation, there needs to be created a separate space, in which professional journalism and analysis could freely develop. I am not suggesting, in any way, to create a similar propaganda campaign, but I am talking about a campaign of truth, or a campaign of journalism, which could provide alternatives for the segments of the society that are “hung up” on Russian information sources.

It must be understood that Europe and its information resources should also react to such an aggressive Russian strategy, with one of its essential elements being anti-European themes. Europe should develop its own platform and broadcast core European values to Russia, Ukraine, and other Eastern countries.

American information channels should be convinced to return to our region, too. I wish to remind everyone that, in 1999, Bill Clinton’s public diplomacy reform assumed that Russia was becoming a partner, and that Cold War resources are no longer needed. It is clear now that the illusion of Russia’s partnership collapsed and the West needs those resources to withstand the aggressive propaganda from Russia.

Do you think Lithuania may face Russian military aggression?

I do not wish to mystify, but I think that the insecure environment, which only expanded because of Russian campaign in Ukraine, is already in place de facto. When there is a common feeling of insecurity, specific actions need to be taken. Thus, it is not only a question for Ukraine, but for us as well: how should we deal with the information security dilemmas, how should we tackle the problems of defence which are now being reviewed again after our active campaigns in Afghanistan?

There comes a realisation that fundamental threats are still here, they have not moved to Afghanistan, nor to Iraq. Those threats are here, and appropriate strategic steps should be taken in order to eliminate these security vulnerabilities.

Lithuania's Foreign Ministry stated Wednesday that it objected to the Russian report at the United...

If paraphrasing Dutch folk hero Till Ulenspiegel, the ash of the flight MH17 is "knocking on our...

Linkevičius dismisses reports about Baltic mercenaries in Ukraine as nonsense

Lithuania's Foreign Minister Linas Linkevičius has dismissed reports made by an Italian daily, which...