Fatima Tlis | Eurasia Daily Monitor
aA
Russia is rapidly expanding its global propaganda empire, and while some of its mouth pieces and media outlets are broadly recognized as closely tied to or owned by the Kremlin, others continue to escape the world’s attention, passing themselves off as independent projects. 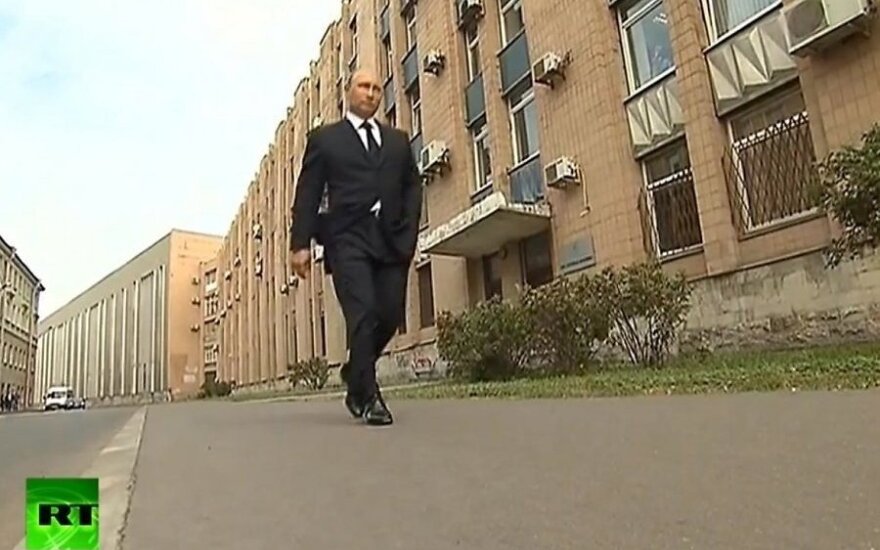 In the most recent major example, on 10 November, the director of the Kremlin-backed international media corporation RT (formerly Russia Today), Dmitry Kiselyov, announced the launch of a new “brand” connected to the RT parent company — a gigantic news agency to be named “Sputnik”. According to Kiselyov, the project includes a main website, Sputniknews.com, with more than 800 hours of daily programming in 30 languages, covering over 130 cities in 34 countries. Kiselyov says these numbers will increase in 2015 by 30 new “multimedia hubs,” each hosting radio stations, news bureaus, press-centres and employing 30 to 70 staffers. And in addition to the three languages RT itself already broadcasts in — English, Spanish and Arabic — on 1 December, the media outlet plans to launch a Chinese-language service as well.

It is noteworthy that the online IP address for Sputniknews.com points to Moscow’s Federal State Unitary Enterprise Russian Agency of International Information (ip-tracker.org, accessed November 12) — the official name of the large, state-owned Russian news agency RIA Novosti, which is set for liquidation this year.

The Kremlin’s growing generosity toward RT is impressive: its budget for 2015 had been increased by 41 percent, while its overall government subsidies will be doubled. According to RT’s editor-in-chief, Margarita Simonyan, in 2015, the agency will receive 15.38 billion roubles ($337 million). 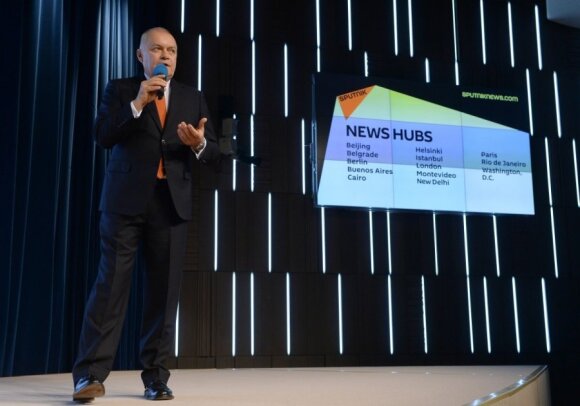 RT has become a key global propaganda weapon in President Vladimir Putin’s “hybrid war” against Ukraine and the West. However, RT fights the Kremlin’s wars largely unmasked — its ties to the Russian government are generally known and have even been candidly admitted to by Putin himself. Therefore this media outlet is vulnerable to criticism over the journalistic authenticity and reliability of its content.

But while RT is exposed, other Kremlin-linked propaganda outfits remain camouflaged as independent media projects. One such new project, known as Babo, was recently launched in London, United Kingdom. It boasts the ambition of becoming the “world’s fastest and largest” platform of user-generated video, which the company plans to buy from local people and then sell to international mainstream media.

The Babo project officially belongs to Ashot Gabrelyanov, formerly the executive director of the Russian holding company News Media. He is also the son of News Media’s owner Aram Gabrelyanov — a man who precipitously rose from a provincial tabloid publisher to one of Russia’s most influential media moguls.

The elder Gabrelyanov’s loyalty to Vladimir Putin is notorious. He publicly calls Russia’s president “papa of the nation”. And in 2008, one of Putin’s closest friends — Yury Kovalchuck, known as the Kremlin’s banker — reportedly invested $80 million in Gabrielyanov’s media holding company. Today, the Gabrelyanovs’ media empire includes the TV channel Lifenews, the newspaper Izvestia and several other less influential outlets.

Lifenews.com is famous in particular for its exclusive multimedia content, which comes to the editor’s desk from all corners of Russia and all spheres of society. The way Lifenews obtains this exclusive material remains a topic for speculation, with suggestions that Gabrelyanov’s ties to the Russian Federal Security Service (FSB) grants him special access to the country’s large security surveillance network and database.

The Gabrelyanovs deny any ties to government entities, insisting that their voice is independent from the Kremlin. Yet, their actions often contradict their words. In one instance, Ashot Gabrelyanov responded to accusations of ties to the Kremlin by threatening to leak materials compromising for independent Russian journalists. “I know so many stories about you all, keep trolling my [company] and I will tell them all,” he wrote on Twitter in January 2012. 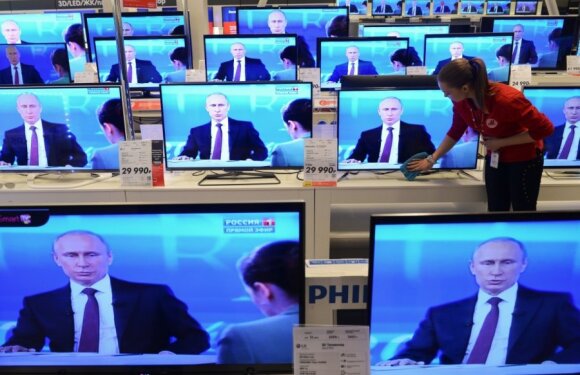 In May 2014, Vladimir Putin recognized the Gabrelyanovs’ contribution to the Russian campaign in Ukraine by decorating the media moguls (both father and son) with Russia’s Order of Honour for “objectivity and professionalism in covering events in the Republic of Crimea”.

Today News Media’s dominion over Russia’s internal press environment has reached its highest point and could be compared to RT’s international role. However, the ambitions of Aram and Ashot Gabrelyanov were never limited by Russia’s borders. In 2007, they opened news bureaus in Ukraine, Belarus and Kazakhstan. And this past August, Ashot quit Lifenews and moved to England in order to, as he claimed, start a new independent media project.

Meanwhile his Twitter feed along with his Facebook page reveal the wide swath of countries and regions that his new media project, Babo, will target: in his first round of hires, he offered $30,000 to professionals with a knowledge of the media environment in the United States, Europe, Asia, the Middle East, as well as to anybody who can mediate contracts with companies worldwide.

His efforts to enter the US media market are obvious and reflect his project’s goals. Shortly after the launch of Babo’s website, Ashot Gabrelyanov tweeted about its successes — including signing contracts with media outlets ranging from Chechen state TV to Turkish mainstream news. And on Instagram, he wrote about his project receiving its first international recognition — winning the World Summit Award for innovation.

The rise of the Gabrelyanovs’ media empire, as well as the continued expansion of Kisolev’s international media outlet RT, is clearly being fuelled by the trust and connections that these media moguls enjoy with Russia’s conspiracy-obsessed President Putin. The growth of RT and News Media — and their efforts to link into international and independent news networks — demonstrates the ways that the Kremlin’s propaganda octopus spreads its tentacles around the world. And while this process might appear reactionary, the damage such a propaganda network can potentially cause, if ignored or underestimated, could become irreversible.

Historian Timothy Snyder: Ukrainian crisis is not about Ukraine, it’s about Europe (2)

Events in Ukraine have no effect on what Russia does or says, because its propaganda is not based...