BNS
aA
The Council of Klaipėda City Municipality on Thursday voted in favor of starting impeachment proceedings against Viačeslav Titov, a councilor representing the Russian Alliance, over his statements about a Lithuanian partisan leader. 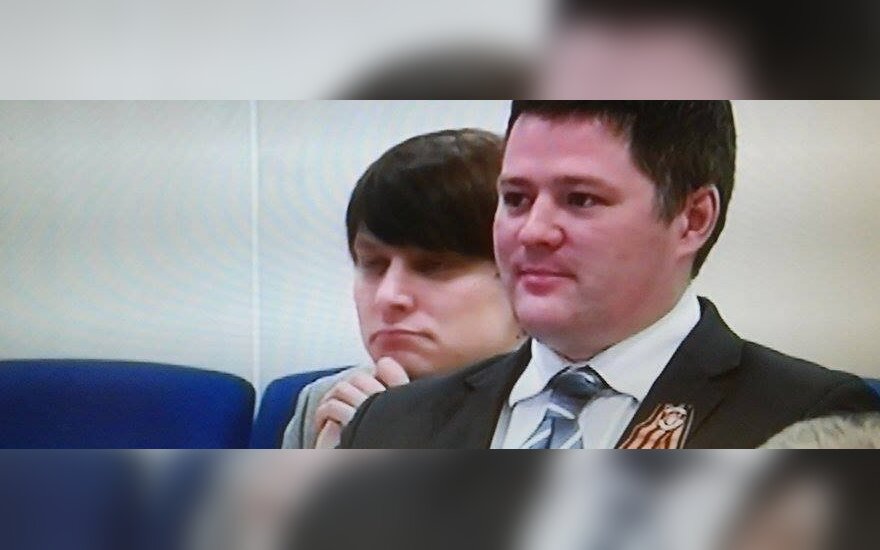 22 councilors voted in favor of setting up an impeachment commission, three abstained and there were no votes against.

Around a week ago, Titov accused Lithuanian partisan leader Adolfas Ramanauskas-Vanagas over the killings of innocent civilians.

"I believe these actions that were done during the committee sitting and later in social media, this is discord-sowing," Klaipėda Mayor Vytautas Grubliauskas, representing the Liberal Movement, said during the sitting.

Prosecutors have already launched a pre-trial investigation into Titov's claims. Titov said he based his claims on the records of a Soviet court. During Thursday's sitting Titov accused Grubliauskas of violating his right to express his opinion and represent voters.

"I see that you are in favor of double standards. On one hand, you are for the rule of law, but, on the other hand, when a councilor carries out his duty, raises questions, expresses his opinion, you start making interpellations," Titov said.

Grubliauskas soon responded: "I believe you had plenty of opportunities to express your opinion and you did that. We are not talking about the violation of the right to express an opinion, but about the contents of what you said."

Members of the Russian Alliance, which is in a ruling coalition with the Liberal Movement in Klaipėda, abstained during the vote.

The impeachment commission will start its work on Sep. 24. The commission will produce a conclusion and the council will turn to the Supreme Administrative Court of Lithuania for it to rule whether Titov breached his councilor oath. If the court rules that he did, the council will need the backing of at least two thirds of council members to strip Titov of his mandate.

Klaipėda councilor gets flour-bombed during protest over partisan statements (Updated)

Viačeslav Titov , a councilor representing the Russian Alliance in the Lithuanian western port of...

Vytautas Grubliauskas , mayor of Lithuania's western port of Klaipėda, said on Tuesday he had...

Probe launched in Lithuania into councilor's statements on partisan leader

Lithuania's law enforcement said on Monday it had opened an investigation into the statements by...