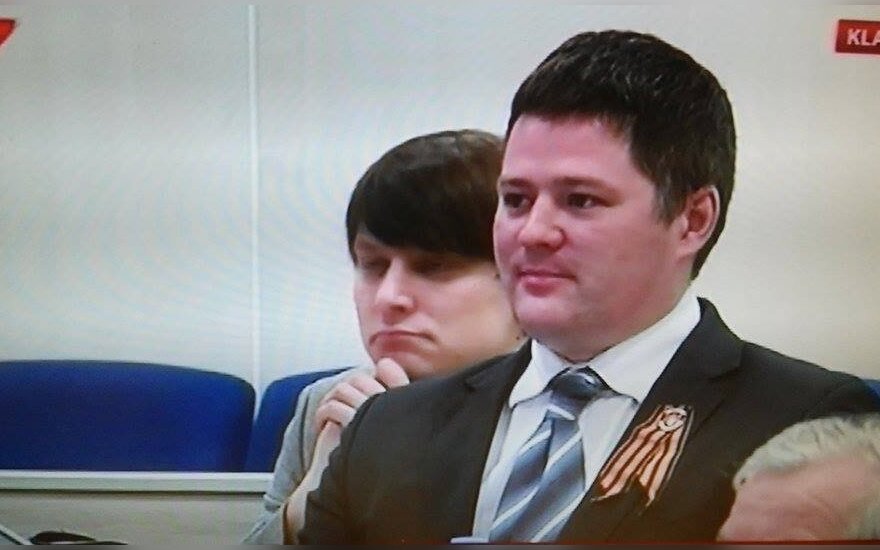 "There was an invitation. Since I was invited, I may possibly go there," the politician, who represents the Union of Russians in Lithuania, told BNS on Wednesday.

"I want to see with my own eyes and talk to people about what is happening there and what economic potential there is. This may be useful for Lithuania," he added.

The international community, including Vilnius, does not recognize Moscow's 2014 annexation of the Ukrainian peninsula.

The Foreign Ministry recommends Lithuanian citizens against travel to Crimea in light of "the difficult security situation and limited communication".

Titov said "we are not talking about recognition or non-recognition here".

Related articles
Lithuanian court accepts request to rule on Klaipėda councilor's oath breach
Arndt Freytag von Loringhoven: the exercises ‘Vostok-2018’ are biggest since the end of the Cold War, but figures were most probably exaggerated

"We are talking about economic potential. People should communicate and talk to each other," he said.

Rasa Jakilaitienė, spokeswoman for the Foreign Ministry, told BNS that the ministry "disapproves of the intention to attend the event in Crimea, which was unlawfully occupied by Russia".

Russia's state news agency Sputnik reported a week ago that around 20 politicians and public figures from the Baltic countries would attend the forum next spring.

Titov said he received the invitation from the forum's organizers around a week ago.

The Lithuanian Supreme Administrative Court has accepted a request by the Klaipeda City Council to rule on whether Titov breached his oath when he accused Lithuanian partisan commander Adolfas Ramanauskas-Vanagas of killing innocent civilians.

Lithuanian prosecutors have opened a pre-trial investigation regarding Titov's statements.

Klaipėda council votes to turn to court over councilor's impeachment

The City Council of Klaipėda voted on Thursday to turn to court over the impeachment of Viačeslav...

A special municipal impeachment commission on Friday suggested turning to court over the statements of...