Klaipėda council votes to turn to court over councilor's impeachment

BNS
aA
The City Council of Klaipėda voted on Thursday to turn to court over the impeachment of Viačeslav Titov, a councilor representing the Union of Russians in Lithuania, who has accused Lithuanian partisan commander Adolfas Ramanauskas-Vanagas of killing innocent civilians. 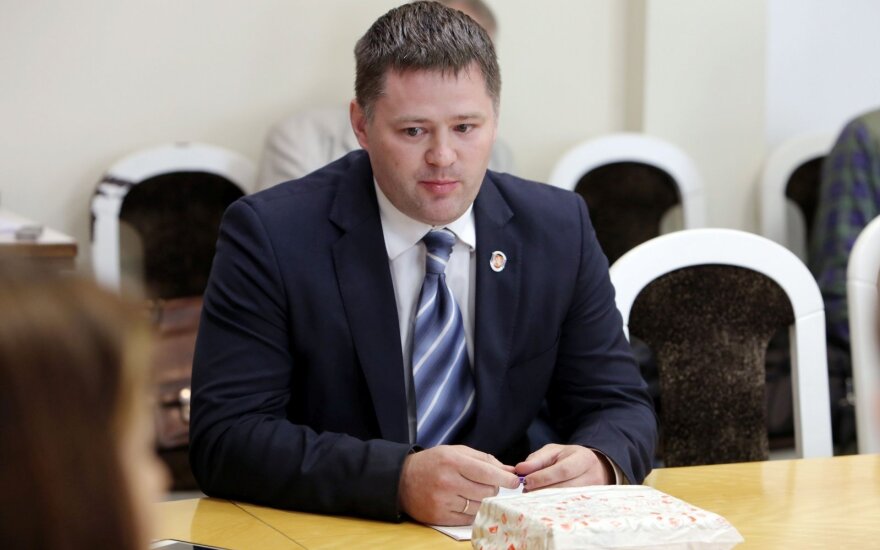 "The decision was passed with 24 votes in favor, none against and none abstentions," Klaipėda Mayor Vytautas Grubliauskas said.

The mayor earlier told the council that the vote would be on whether to ask a court to give a legal assessment of information collected by a special impeachment commission, not on impeachment proceedings.

"Today we are not speaking about the impeachment procedure. Today we are to decide whether or not to turn to the Supreme Administrative Court. Today is only an intermediate stop in this long, complicated but important process," he said, adding that the council will have to respect the court’s decision no matter what it is.

Titov called on the council not to discuss the issue at the meeting, saying that such a decision would violate his constitutional freedom of speech.

"If you think that the opinion I have expressed is a breach of my oath as a member of the council, then that means an end to democracy," he said.

The mayor said that while Titov has the right to have an opinion and express it, he has to take responsibility for it, too.

Tatjana Fedotova of the Russian Alliance told the council that her political group would continue to refrain from participating in the process.

The impeachment commission proposed that the council turn to the Lithuanian Supreme Administrative Court after it completed its work in August.

If the court rules that Titov did breach his oath, the council will need the backing of at least two thirds of council members to strip Titov of his mandate.

The council initiated impeachment proceedings against Titov after he said publicly that Ramanauskas-Vanagas had killed innocent civilians.

Titov says his statements were based on a Soviet court's information and feels persecuted for his opinion.

Historians say, however, any research of the anti-Soviet resistance in Lithuania cannot be based on Soviet information only as KGB files are full of false information aimed at smearing partisans.

Lithuanian prosecutors are carrying out a pre-trial investigation regarding Titov's statements.

The next municipal elections in Lithuania will be held next spring.

A special municipal impeachment commission on Friday suggested turning to court over the statements of...

The Council of Klaipėda City Municipality on Thursday voted in favor of starting impeachment...

Klaipėda councilor gets flour-bombed during protest over partisan statements (Updated)

Viačeslav Titov , a councilor representing the Russian Alliance in the Lithuanian western port of...