aA
I have the privilege to congratulate you, Mr Schultz, as my dear comrade from the Party of European Socialists upon your re-election as President of the European Parliament. This event testifies to the success of both the European left-wing parties and Europe as a whole, Gediminas Kirkilas, the Deputy Speaker of the Seimas, Chair of the Committee on European Affairs and Deputy Chair of the Lithuanian Social Democratic Party, writes in his letter to the President of the European Parliament.
. 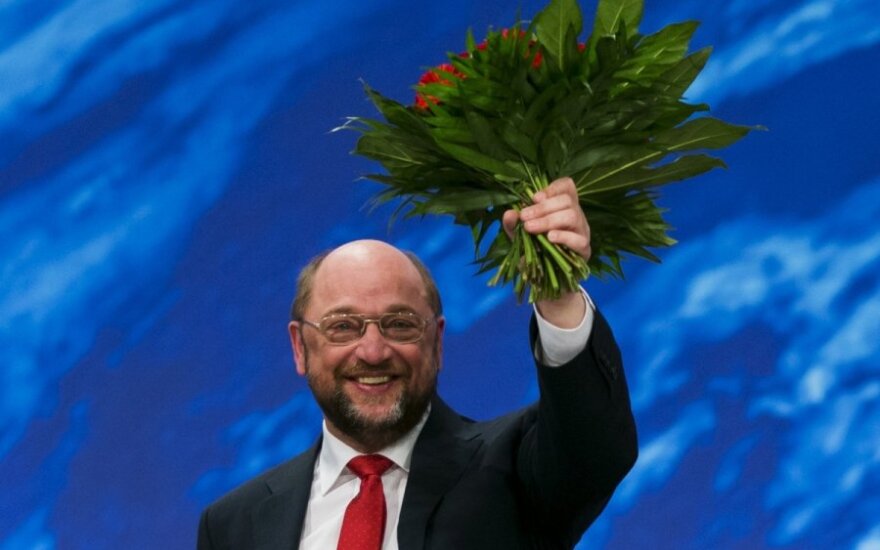 The European Union (EU) has been increasingly relying on right-wing policy-making for decades, especially after the recent global economic and financial crisis. Unfortunately, this policy is not socially sensitive and usually affects those who are most socially vulnerable. This is why now EU policies demonstrate a lack of values such as social justice, social equality, solidarity and lack practical priorities of combating poverty and social exclusion.

Therefore, I consider your re-election to the post of the President of the European Parliament to be a good sign. It marks the upcoming shift in the EU institutions towards the said priorities and values that have informed the establishment of the European Union in the first place. I am confident that under your continued leadership the European Parliament will enhance parliamentary powers and strengthen democratic values in overall EU governance. This will hopefully restore the balance of political powers in Europe in favour of the left-wing parties.

I also extend my sincere congratulations to you personally, dear Martin, on this important success in your professional career and on your personal achievement. I have no doubt that the European Parliament under your leadership will be run by progressive forces that favour a more democratic governance of the EU, effective implementation of human rights, and further European integration and enlargement.

I also firmly believe that as a politician criticizing the elitist aspects of EU policy, you will put every effort to ensure that EU governance is more inclusive. This will make citizens more apt to invest in the EU, knowing that Europe is investing in them.

I convey to you my sincere wishes of every bit of personal strength, intelligence and wisdom. I continue to believe that Europe will become more leftist than it is today in less than five years into the term of office of the current legislature of the European Parliament. This is why we must begin preparations for the new European elections in 2019 as early as today, in order to convince people that left-wing policy is better for them and for the future of Europe as a whole.