BNS
aA
President Gitanas Nauseda's victory in the presidential election has been named the most important event of 2019 in Lithuania, according to a BNS survey of Lithuanian journalists.
Sekite svarbiausias naujienas socialiniuose tinkluose! 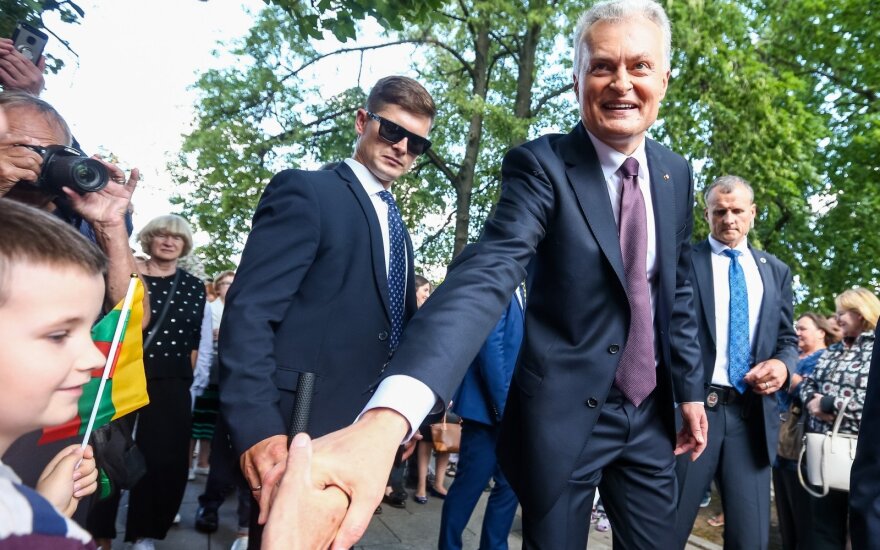 The TOP-5 also includes the devastating fire in Alytus, southern Lithuania, Lithuania's triumph at the Venice Biennale, the judicial corruption scandal and the verdict in the January 13 case.

"Nauseda's victory opens a new page in Lithuania's politics but a lack of experience and support in the Seimas are putting the brakes as yet on the president's ambition to have significant impact on internal politics to fulfill the election promises on a "welfare state", Vaidotas Beniusis, editor-in-chief at BNS, says.

The other key 2019 events in Lithuania include the Lithuanian-Russian-Norwegian "spy swap", the discussions on military officer Jonas Noreika's memorial plaque, the reburial of participants of the 1863-1864 uprising, the municipal election and the legalization of an individual constitutional complaint.

Lithuanian journalists believe protests in Hong Kong, climate change demonstrations, the election of Volodymyr Zelensky as Ukrainian president, changes in the United Kingdom's government and the impeachment of US President Donald Trumps are the 2019 events having greatest significance to the world.

24 of them named the presidential election as the major event of the year. 15 picked the huge fire at a tire recycling facility in Alytus. 13 journalists named the Golden Lion award received by Lithuanian artists at the Venice Biennale and the judicial corruption case, and ten mentioned the verdict in the high-profile January 13 case.

An independent candidate, economist Nauseda secured a decisive victory in the May presidential election after defeating his rival, MP Ingrida Simonyte who represented the conservative Homeland Union – Lithuanian Christian Democrats, in 60 municipalities.

Stasys Gudavicius, a political commentator from the Verslo Zinios business daily, says a change of president leads to changes in a country's political environment and inter-institutional relations.

"We have a more moderate president who is in some way similar to ex-President Valdas Adamkus during his second term. It, among other things, means that the presidential institution, as it supposed to be in a parliamentary state, moved to the political background," the commentator said.

"The change of president and the change in the power center have major impact on internal politics, despite the fact that president's powers are constitutionally restricted," Aurimas Perednis, a journalist at the Ziniu Radijas news radio, said.

LRT journalist Vykintas Pugaciauskas says that Nauseda's victory and the disputes regarding Noreika's commemoration earlier this year reflect "the evolving new key axis of political conflict between liberalism and conservatism in line with Western tendencies" in the country's internal politics.

Some 87,000 people have visited Lithuania's pavilion at the 58th Venice Biennale and seen the Sun...