BNS
aA
Ramunas Karbauskis, the leader of the ruling Lithuanian Farmers and Greens Union, says Remigijus Zemaitaitis, the Order and Justice Party's leader, "betrayed" the ruling bloc when he backed on Tuesday an initiative to call an emergency plenary sitting to vote on Viktoras Pranckietis' removal as the speaker of the Seimas. 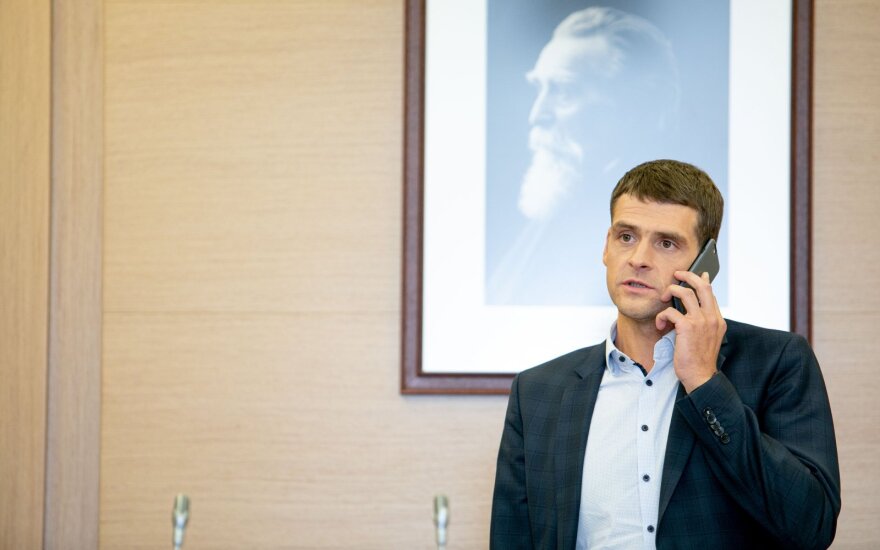 Therefore, the coalition is urging Zemaitaitis to step down as vice-speaker of the Seimas immediately, or will remove him by secret ballot, Karbauskis said on Wednesday.

"In any case, there is the coalition's decision that he cannot be vice-speaker," the Farmers and Greens' leader told reporters.

"Signatures for his dismissal will be submitted if he does not resign himself," he added.

Zemaitaitis was elected as vice-speaker in September 2018 after his Order and Justice political group in the Seimas signed a cooperation agreement with the Farmers and Greens. The Order and Justice Party formally joined the government coalition last July.

However, he became a non-attached MP after other members of the Order and Justice group formed a new parliamentary group, named "For Lithuania's Welfare", in early September.

Zemaitaitis has said he must obtain approval from his party's council, which is scheduled to hold its next meeting in November, before stepping down as vice-chairman.

As a bid to remove Speaker of the Seimas Viktoras Pranckietis failed on Tuesday, Ramunas...