BNS
aA
Ramunas Karbauskis, leader of the Lithuanian Farmers and Greens Union, has on Thursday accused Speaker of the Lithuanian Seimas Viktoras Pranckietis of having identified himself with the position and running a "PR campaign".
Sekite svarbiausias naujienas socialiniuose tinkluose! 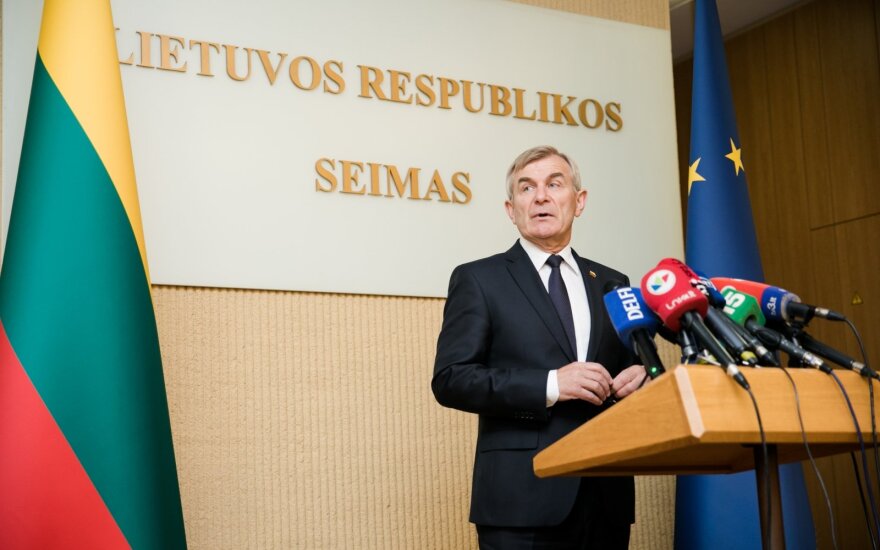 His comment came after Pranckietis once again repeated his refusal to resign earlier in the day, despite the agreement by those in power to hand over the speaker's position to the Social Democratic Labor Party of Lithuania.

Karbauskis says he feels embarrassed in the eyes of his colleagues as "we get them involved in decisions which should not be their problem."

"It's always been an internal issue of our political group but now a member of our party has identified himself with that position and now it seems that the Seimas speaker is no longer the Seimas speaker but is just Pranckietis," the LFGU leader told BNS Lithuania.

"But the point is that I have never heard of similar cases in history for an elected person to refuse to do what the party says following changes to the coalition agreement," he added.

Karbauskis confirmed that a vote on Pranckietis' dismissal is planned for Tuesday.

Pranckietis earlier reiterated once again he would not resign, despite a looming vote of no-confidence as "I comply with the laws of Lithuania, not the ones of Karbauskis."

The LFGU leader says he doesn’t understand why the speaker mentions his name.

"I have never said anywhere anything wrong about Seimas Speaker Viktoras Pranckietis. (…) He's just decided to run this PR campaign to prove there's some sort of revenge of mine," Karbauskis said.

In the last 2 years, number of MPs declaring their meetings with interest groups or lobbyists doubles

In the last 2 years, the number of Lithuanian MPs who declare with which interest groups or lobbyists...