BNS EN
Ramūnas Karbauskis, the leader of the Lithuanian Farmers and Green Union (LFGU), has played down as "emotions" Prime Minister Saulius Skvernelis' hints about a possible split in the ruling party's political group in the parliament, saying that not a single member of the group currently wants to leave it. 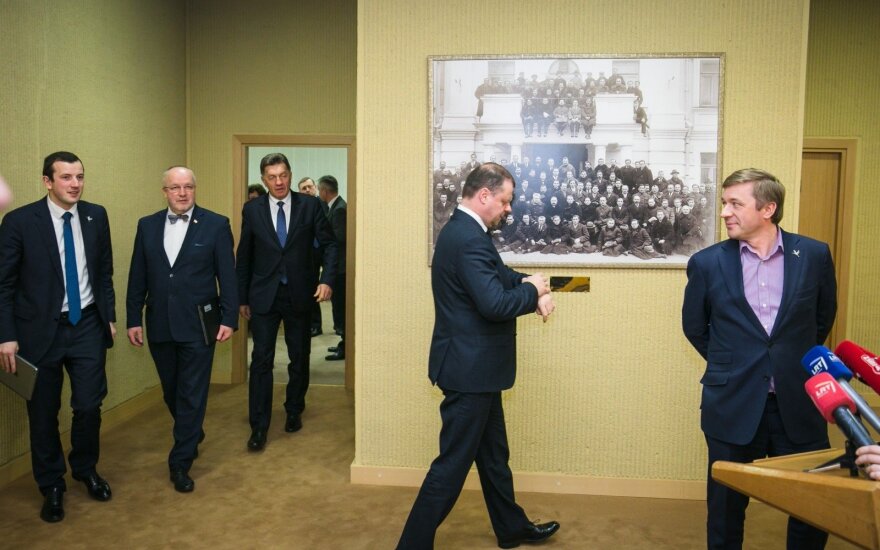 Karbauskis told BNS on Tuesday that he had convened a special meeting of the political group on Monday evening to discuss the situation. The head of government was also present.

"We had a very serious large meeting yesterday and cleared things up. There are no members of the Seimas who want to set up another political group. These are emotions," the LFGU leader said.

"I had heard myself that ten members of the Seimas wanted to establish another group. Yesterday, we gathered together and talked openly for two hours about whether it was true. The fact is it is not," he added.

Related articles
Skvernelis continues to receive proposals to create a new Seimas group
Challenge from Skvernelis to Karbauskis: he can use his main trump card

Skvernelis said on a TV program last week that "there are some symptoms (in the LFGU group) that lead me to have natural doubts about the determination (the party had) during the election campaign".

When asked if his supporters were calling on him to set up a new political group, the prime minister said, "There are such proposals, there is such talk. There are a considerable number of members in the group, tens of them, who want to see the result we promised."

Karbauskis said on Tuesday that fatigue was partially to blame for public discussions about a new political group.

"Everybody is tired: the prime minister, the government and the Seimas have been working very hard. There are a lot of unnecessary emotions, but the main thing is that we are united and all of us support the government," he said.

The opinions of Skvernelis and Karbauskis have separated dramatically