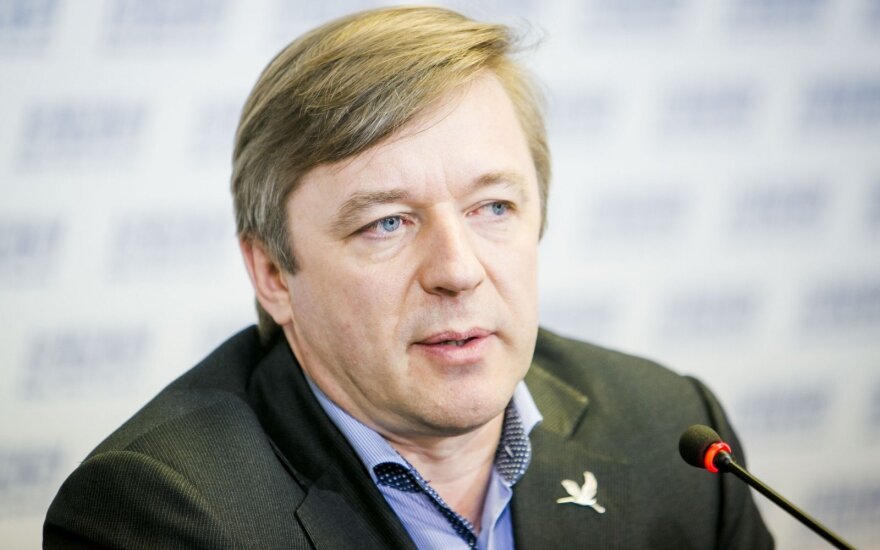 One of the leaders of the Peasant and Greens Union, Ramūnas Karbauskis has said his party straddles both the right and left of Lithuanian politics but ruled out future coalition with a number of parties ahead of the upcoming elections.

“I would call myself a centrist. When talking about taxes, we are in favour of a progressive tax system, which is more the left-wing position. When talking about the defence of the country, family, our positions are more right-wing,” said chairman of the party, Karbauskis.

“I am often asked what in Lithuania is right and what is left. If you remember the night reforms of the Kubilius‘ government, how to evaluate that? As a rightist one? The Social Democrats are in power for three and a half years and they have not yet reversed those reforms. There are values ​​and there are things on which you can agree.

“All my life is based on certain ethical norms. As for the coalition, we have very clearly stated that we will not go into coalition with the Labour Party and the Order and Justice party. We see a possible coalition with the Social Democrats, conservatives and liberals.

“We can work with those parties that do not have a problem with corruption. There will not be a government without a coalition,” said Karbauskis.

He said moral principles were necessary in politics and business, even though many believed that morality did not exist in politics.

With a slow but steady rise in their poll ratings, the Peasant and Greens Union have been seen by...