Karbauskis – I do not want to be a president

(2)
DELFI, lrt.lt
aA
The Lithuanian Peasant and Greens Union (LVŽS) Chairman Ramūnas Karbauskis stated he does not intend to run for president. 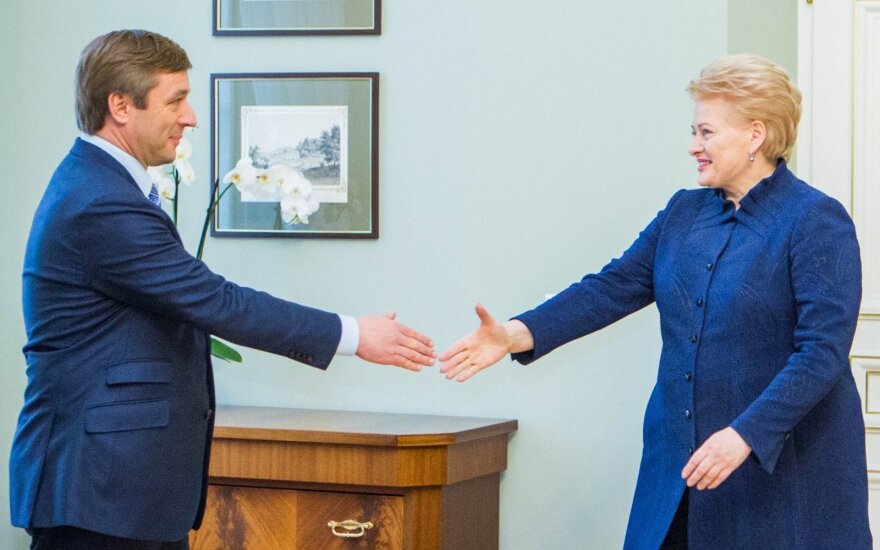 “I am definitely not preparing for that election,” he said on the Tuesday Žinių Radijas show Tarp Valdžios ir Žemės [Between Government and Earth].

“Every individual in his place, in his situation can do just as much as they can do and what happened after this election, based on the responsibility we were bequeathed by the voter’s choice, is massive and if we accomplish this task as well as we can, as we want, then I will have done a great deal,” spoke Karbauskis.

The future head of the largest Seimas fraction revealed that he wasn’t planning on returning to Seimas, with a 12 year hiatus from parliament being a conscious decision, but currently he “saw no other way”.

Nevertheless when asked why he doesn’t want to be president, Karbauskis responded that he is a free artist, compared himself to a cat which walks alone.

“I can work in a team, I have developed diplomatic skills over those years and etc., but a president’s functions are very clearly outlined, it is a life where you are limited in your capacities and everything is arranged for you by your team, time and etc. This is not something I could easily live with,” spoke the LVŽS chairman.

According to Karbauskis, when he was younger, he was not very fond of Seimas either, but now he accepts this limitation as inevitable.

“There’s little opportunity for improvisation as president,” he said.

The next presidential elections in Lithuania will be in 2019.

The LVŽS won the largest number of mandates in the Seimas election and is currently in coalition negotiations with the Lithuanian Social Democrat Party.