Karadzic sentence 'shows it is possible to deliver justice'

the Lithuania Tribune
aA
The "Butcher of Bosnia" Radovan Karadžić has been found guilty of genocide and crimes against humanity by a special UN court and sentenced to 40 years in prison for atrocities in the Bosnian War between 1992 and 1995. 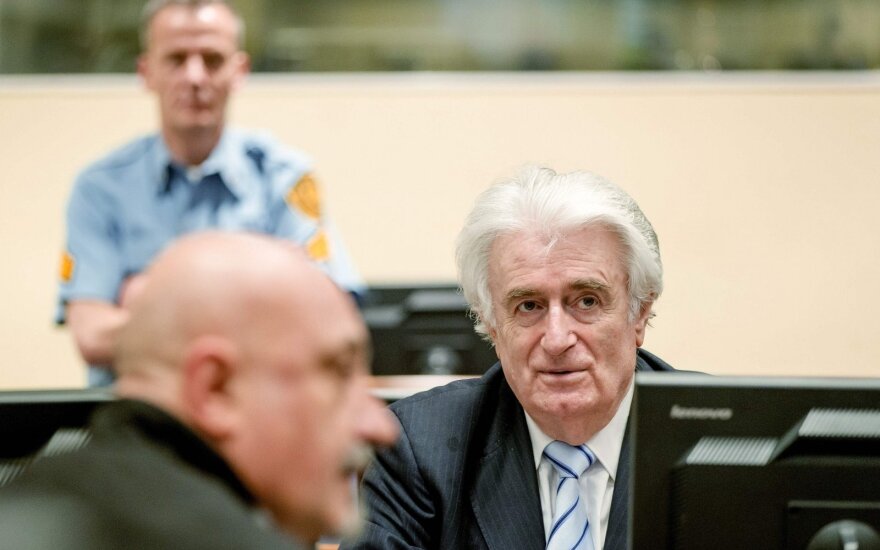 The UN tribunal in The Hague, Netherlands, found the 70-year-old former commander of the Bosnian Serb forces responsible for the Srebrenica massacre, in which more than 7,000 Bosnian Muslim men and boys were executed.

Karadžić, former leader of the breakaway Serb Republic in Bosnia, is the highest-ranking political figure to have been brought to justice over the bitter ethnic conflicts that erupted with the collapse of the former Yugoslavia.

Prosecutor Serge Brammertz said the verdict "will stand against continuing attempts at denying the suffering of thousands and the crimes committed in the former Yugoslavia".

"Moments like this should also remind us that in innumerable conflicts around the world today, millions of victims are now waiting for their own justice," he added. "This judgement shows that it is possible to deliver it."

UN Secretary General Ban Ki-moon hailed the verdicts as a "historic" and UN high commissioner for human rights Zeid Ra'ad Al Hussein said they exposed Karadžić as "the architect of destruction and murder on a massive scale".

The verdict also triggered a massive protest in Belgrade, the capital of Serbia, where thousands of Serbian ultra-nationalists took to the streets, saying Karadžić was punished for being a Serb.