Kaliningrad LNG terminal wouldn't affect Lithuania for the next decade

LT Daily, media brief
Lithuania would not feel the effects of the Kaliningrad liquefied natural gas (LNG) terminal within the next decade because Russia is contractually obligated to pay Lithuania for pipeline access regardless of whether or not the pipeline is used, said Minister of Energy Rokas Masiulis. 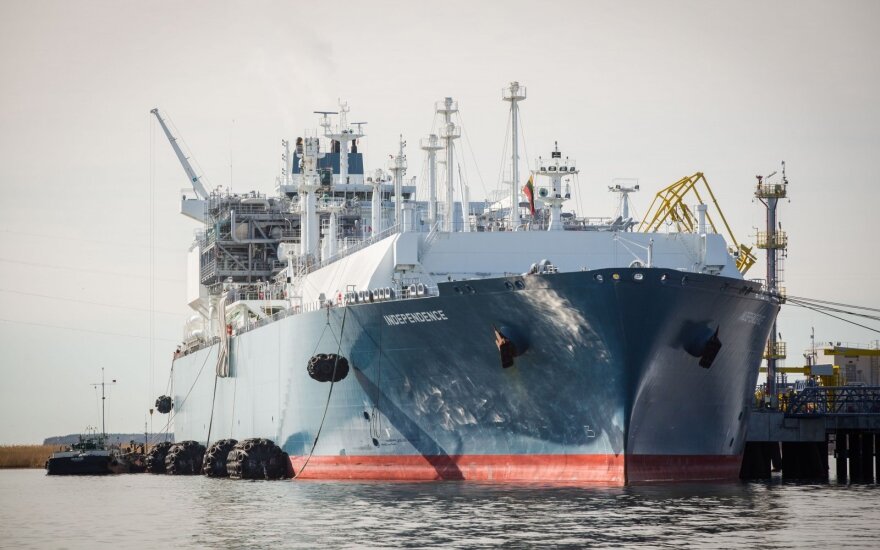 Lithuania would not feel the effects of the Kaliningrad liquefied natural gas (LNG) terminal within the next decade because Russia is contractually obligated to pay Lithuania for pipeline access regardless of whether or not the pipeline is used, said Minister of Energy Rokas Masiulis.

Related articles
Call for boycott of Belarus and Kaliningrad power plants by Lithuanian energy minister  (1)
Minister of Energy: paradox but occupation isn't over in energy industry

“Kaliningrad currently transports about 2 billion cubic metres of gas per year through Lithuania. We have a 10-year contract that we signed right before the new year with the condition (…) that even if the gas does not flow, we must still receive our money. We have a guarantee for 10 years, but it's hard to say what will happen after that,” said Masiulis.

Masiulis said that the only thing currently known is that the Russian government decided last year to develop its terminal project.

“It looks like a ship has been ordered at the Hyundai shipyard. The depth in Kaliningrad's port is less than in ours. So, either they have to significantly deepen their port so a ship like ours could enter, and there's information that the ship should be of a similar size, or otherwise it should be in the sea, but in the sea, you'd have to build a ship like that far from shore, because our sea is not deep. We'd have to see whether it technically solvable,” said Masiulis.

Russia has plans to raise Kaliningrad's LNG capacity to 2.7 billion cubic metres in a year. Russia also wants to develop the underground gas storage facility of the nearby Romanov village, whose capacity would be increased to 800 million cubic metres. There are plans to open the terminal for operation by 2017.

Lithuania's talks with the European Commission on EU funding for the acquisition of the Klaipėda...