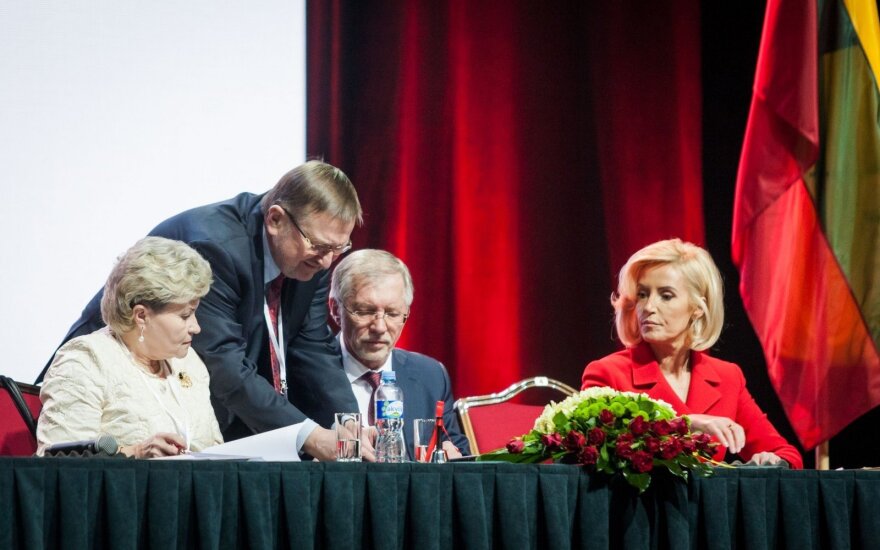 The new party is headed by Gediminas Kirkilas, a former prime minister and now a member of the Seimas.

"This means that the monopoly on Social Democracy has come to an end. We have two Social Democratic parties in Lithuania," Kirkilas said at a news conference on Friday.

"About 40 percent of our members did not belong to any political party," he said.

The establishment of LSDDP followed last year's split in LSDP, whose new leader, Gintautas Paluckas, initiated the party's withdrawal from the ruling bloc with the Lithuanian Farmers and Greens Union (LFGU).

However, the move was opposed by some of LSDP's influential veterans, who left the party, set up a separate Social Democratic Labor political group in the Seimas and signed a coalition agreement with the LFGU group in the parliament.

All members of the Social Democratic Labor group, except for ex-PM Algirdas Butkevičius and MP Antanas Vinkus, have joined the new party.

Scandal heroes appearing from all corners: who will Karbauskis bet on?