Ramūnas Bogdanas
aA
Lithuanian readers have been recently presented with a book by American journalist Gregory Feifer, Russians: The People behind the Power. In it, Feifer reflects on modern Russia and the people that continue to puzzle outsiders. 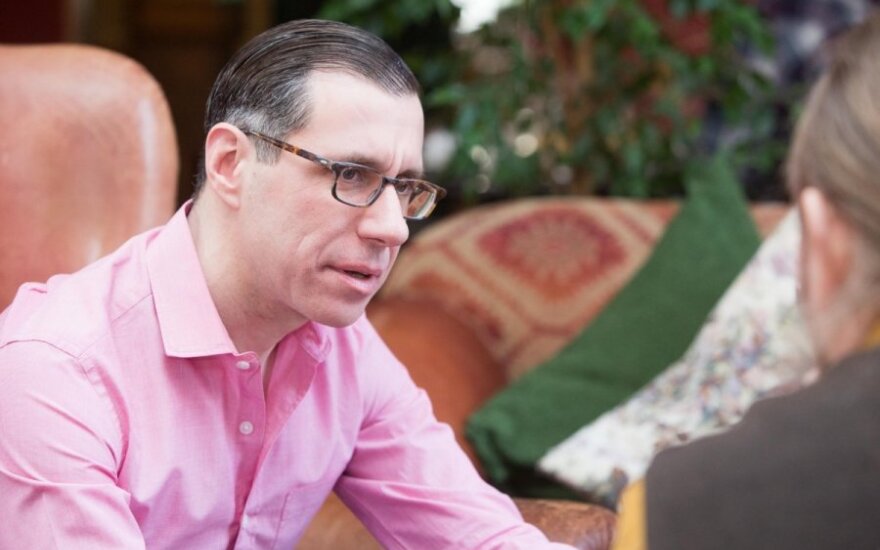 In order to explore and better understand the country of his mother, Feifer spent several years travelling across Russia, from St Petersburg to Kamchatka, and talking to politicians and ordinary people. The American journalist got many insights for his book from conversations with his relatives who call him simply Grisha.

"I talk to my relatives in Russian," he tells me after I suggest we conduct our interview in English. Feifer came to Lithuania to present the Lithuanian translation of his book at Vilnius Book Fair. We speak in English.

Feifer says he spotted the estrangement between Russia and the West some time ago - and not just in political circles, but also in the kitchens of ordinary families.

"To my biggest surprise, some years ago, during a dinner with my relatives, a few of them started explaining to me that I was critical of Putin because the West and I personally don't like the fact that Russia is getting up from its knees."

The narrative of the West resenting Russia's imminent rise, he says, is nothing new. "Not long ago, somebody said that Russia has been getting up from its knees over 50 times already and will do so 50 times more."

However, the openness with which Feifer's relatives confronted him with this alleged Western hostility does strike a new note. It is "an illustration of the fundamental difference between Russia and the West," according to Feifer. "In recent months, I keep hearing stories from people I know in Russia about some old friends suddenly starting talking on a new note and claiming that the West wants to humiliate Russia. It seems to me that a general ideological separation process is going on."

In his book, Feifer argues that a culture of lies sprang up in Russia under Stalin. Later, under Nikita Khrushchev, who was hailed as a reformer, Russian elites started the enduring tradition of plundering the state's resources for their own comfort.

"When Khrushchev was deposed, Brezhnev ruled under the promise of no reform. The entire society got thoroughly corrupt," Feifer says.

This created an entire social class - the nomenclature - of people in public positions dependent on their peers looking away when they blatantly squandered national resources. This culture survived the collapse of the Soviet Union.

"Corruption became the biggest challenge for Yeltsin's reformers who had to deal with it. Society was sick," says Feifer.

Although president Boris Yeltsin's years have stuck in the Russian collective memory as times of breakdown of law, under Putin crime and corruption continued to grow, Feifer says in his book, "exponentially".

Far from being an unfortunate side-effect of autocratic rule, corruption in Russia is what sustains the current regime.

"There's corruption all over the world, but only the Russian corruption system is almost uniquely suited to provide stability for the system and its continuity," Feifer explains. "The government does it by keeping all outsiders of the clan in the dark – both inside Russia and abroad. Russia’s leaders have often done it by adopting western forms, e.g., president Dmitry Medvedev and his liberal statements. In real terms, Putin was always behind his back." 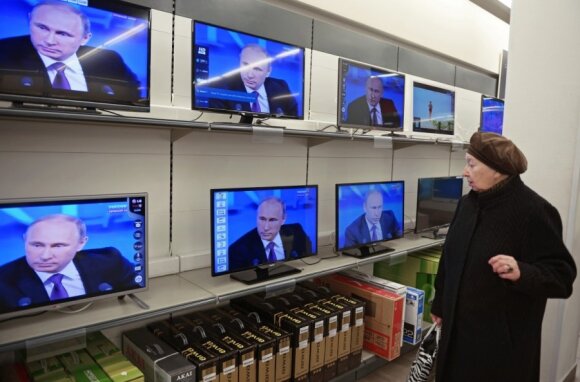 When this system could no longer sustain itself domestically, Putin's regime turned its attention abroad.

"We see what's going on in Ukraine," Feifer says. "Russia's political system demands the war. The discrepancy between promises of modernization and absolute corruption, between what the leaders say and the reality of life naturally creates envy among Russians for the West. On top of that comes nostalgia for the loss of superpower status. Putin very successfully plays on that. Through external aggression he demonstrates that he is actually restoring Russia's greatness."

The fact that Western powers continue to give Moscow the benefit of the doubt even after it repeatedly violated numerous ceasefire agreements is evidence that the giant machine of lies that the Kremlin commands is effective not just inside Russia, but also abroad.

"Look how the rebels with Russian support continue to push forward in Eastern Ukraine. Even after Minsk-2 they took Debaltseve. Western leaders and many western commentators say every day: 'Oh, wait. Maybe they will stop now and will not push forward.' But we see every day that they are pushing forward. The Kremlin's propaganda is effective both in Russia and outside."

In one of his earlier best-selling books, The Great Gamble, Feifer described Moscow's other big foreign adventure, war in Afghanistan. One is tempted to draw parallels between today's war in Ukraine and the Soviet campaign in Afghanistan in 1979, when aggression was called "international duty" and occupation army "limited military contingent". It was also the time when the Soviet greatness was beginning to vane.

"There are a lot of parallels, but what Putin is doing is much more aggressive," warns Feifer. "The Soviets stumbled in the Afghanistan war."

Moreover, "back then, Afghanistan was already fighting a civil war. Whereas in Ukraine there was no civil war. It was entirely manufactured by Putin".