John Kerry: Russia lying "to my face" about having troops in Ukraine

aA
United States Secretary of State John Kerry on Tuesday accused Russian leaders of lying “to my face” about Moscow’s involvement in the conflict in Ukraine and denounced what he called Russia’s “propaganda”, AFP reports. 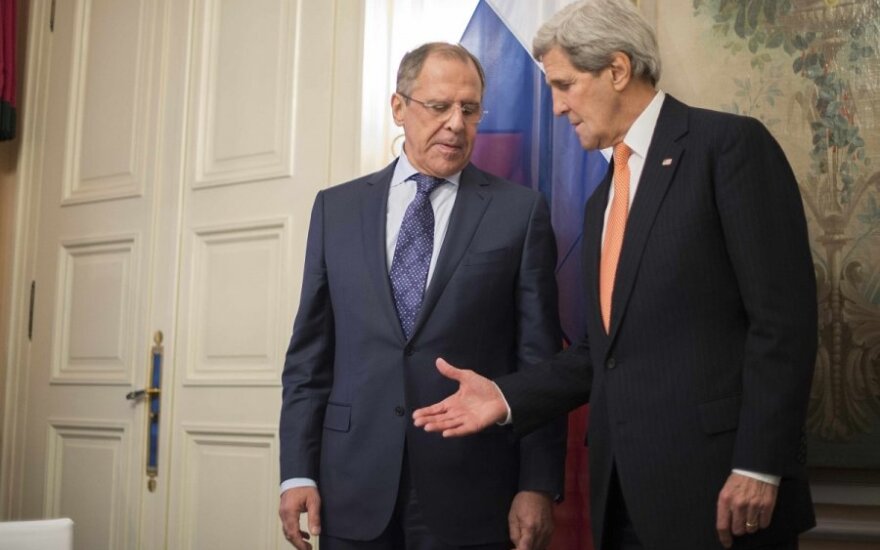 The top American diplomat refused however to say publicly whether he was in favour of sending US weapons to Kiev to help the Ukranian military battle the pro-Russian rebels in the east.

“Russia has engaged in a rather remarkable period of the most overt and extensive propaganda exercise that I’ve seen since the very height of the Cold War,” Kerry told US lawmakers.

“And they have been persisting in their misrepresentations — lies — whatever you want to call them — about their activities there to my face, to the face of others, on many different occasions.”

Asked whether Russia was lying when it denied that there were Russian troops or weapons in Ukraine, Kerry replied: “Yes.”

“Russia is engaged in a massive effort to sway nations, to appeal to them, reach out to them, and fundamentally, tragically, sort of reigniting a new kind of East-West zero sum game that we think is dangerous and unnecessary, frankly,” Kerry said.

He insisted Washington was “doing a pretty good job of standing up for Ukrainian sovereignty”.