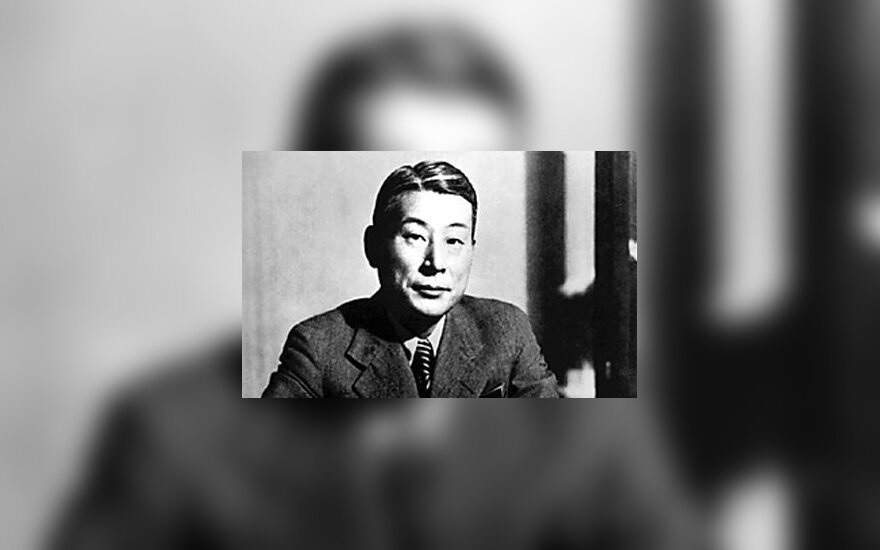 As part of his visit in Lithunia, the Japanese official visited the house in Kaunas that accommodated the Japanese consulate in 1939-1940.

Upon arrival in Kaunas, Abe was welcomed by Kaunas Mayor Visvaldas Matijošaitis, Vice-Mayor Simonas Kairys and a few dozen of school students who presented Abe with lines of origami cranes, with yellow, green, red and white symbolizing flags of both countries.

The Japanese prime minister visited Sugihara's former office featuring the desk with office supplies and a typewriter, as well as the passport of one of the rescued Jews.

Related articles
Japanese PM to visit Lithuania
An unknown fact: Lithuania was the first country in the world to issue Jews with “Visas to Life”

Abe then signed the guest book and later visited the exhibition in the former consulate.

Speaking in Vilnius on Saturday, Abe said that the brave and humanitarian actions of Sugihara "teach us to survive in today's world that challenges principles of the rule of law and the international law."

Sugihara opened the consulate in Kaunas in the fall of 1939 and was instructed to collect intelligence information about the military situation in the region.

After the Nazis and the Soviets divided Poland at the start of the war, thousands of Jews fled the country and came to Lithuania for asylum, however, the relative calm period did not last long, as they had to search for ways of escaping the war after the occupation of Lithuania by the Soviet army.

Sugihara ignored rigid instructions from the Japanese government, issuing a few thousand transit visas in the summer of 1940. With the visas, thousands of Jews took trains to Japan via Siberia. Historians say Sugihara helped around 6,000 Jews escape the Holocaust.

Chiune Suhigara made a profound impact on thousands of Lithuanian lives. The honorable yet humble...